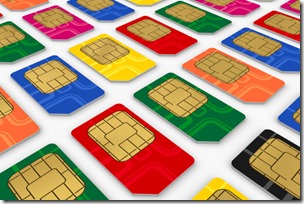 National Assembly’s select committee, which is finalizing the draft for Prevention of Electronic Crime bill, has recommended for complete elimination of pre-paid mobile phone SIMs and asked the telecom companies to convert to post-paid SIMs mechanism and help the entire nation tackle the crimes being committed through misuse of these illegal SIMs.

“These SIMs are being used as a weapon and criminals are communicating with innocent citizens through these illegal mobile phone SIMs, give threats and even get ransoms”, noted the select committee and saying that banning the prepaid SIMs is probably the only option left to save the nation.

This is not the first time when someone has voiced the ban on prepaid SIMs. Earlier, Mr. Rehman Malik had thrown away similar thoughts, which he took back when his statement backfired.

Experts opined that political leadership has gone brainsick, and they are throwing absolutely un-doable ideas of no match in the whole world. They said that instead of rectifying their own mistakes, they are making an industry (worth over USD 15 billion) to bear the brunt.

Telecom industry isn’t happy, rather they are furious and tired of these statements by political leadership. Officials of cellular companies now even mock such statements instead of taking them seriously.

An official of telecom company said that if government is indeed serious about illegal SIMs then they should start eliminating the Chinese handsets, which come with same IMEI numbers. He said that there is one Chinese Brand which heavily advertises on TV has one single IMEI for its entire handset stock.

Official said that infrastructure of telecom companies has been upgraded and tracking of SIMs used by the criminals and mobile sets with IMEI numbers can be traced with this up-gradation of infrastructure. However, cellular companies can’t track anything when thousands of handsets with same IMEI numbers come into play.

Telecom officials said they are open to work with the government to completely eliminate the issue of illegal SIMs, however, what government is demanding here (for a ban on prepaid SIMs) doesn’t make any sense.

Official agreed that there were mistakes made by everyone, including telecom operators, due to which we have illegal SIMs today in our country. For which, re-verification of entire customer base is one option they can agree with, which will guarantee the complete elimination of illegal SIMs.