Pakistan Telecommunication Authority is currently undergoing its worst ever managerial situation of the history.

Today, at a time when PTA is carrying its operations without a Chairman,  Mr. Sajjad Latif Awan, Director General (Enforcement) has written a letter to Mr. Nasrul Karim Ghaznavi, member finance, and Dr. Khawar Siddique Khokhar, member Technical, to stay with-in their limits and to not Act to as Chairman of authority and to remain with-in mandate given by PTA Act and Rules and Regulations.

In this unique instance of managerial chaos, Mr. Latif Awan, who is junior than the members, is directing the senior most officials of PTA to refrain from going beyond the limits.

It merits mentioning here that both the members in the past week, through a newly appointed Director HR at PTA, had issued orders to dismiss the powers of DG Enforcement (Sajjad Latif), who has in return written a letter back to members to not act as a chairman.

It maybe recalled that Muhammad Farooq Awan, the Chairman of PTA, was removed through an order by Lahore High Court.

In absence of Chairman, Member Finance, was given the administrative control of the authority. While both the members had this power to make certain administrative decisions at PTA as per law.

Government, who has differences with both the members of PTA, had apparently decided to keep PTA without Chairman as both the members are retiring next month. That is when government is planning to advertise jobs to fill members’ slot and will ultimately make a chairman out of those members.

We are told by sources in PTA headquarter is under total chaos and it is unclear for many on how to carry forward their functions at authority.

Pakistan Telecommunication Authority, once considered as most preforming regulator in the region, is now become an unable authority – that has failed to deliver anything in past one year or so.

Below is letter that is written by Mr. Sajjad Latif Awan to Members of PTA: 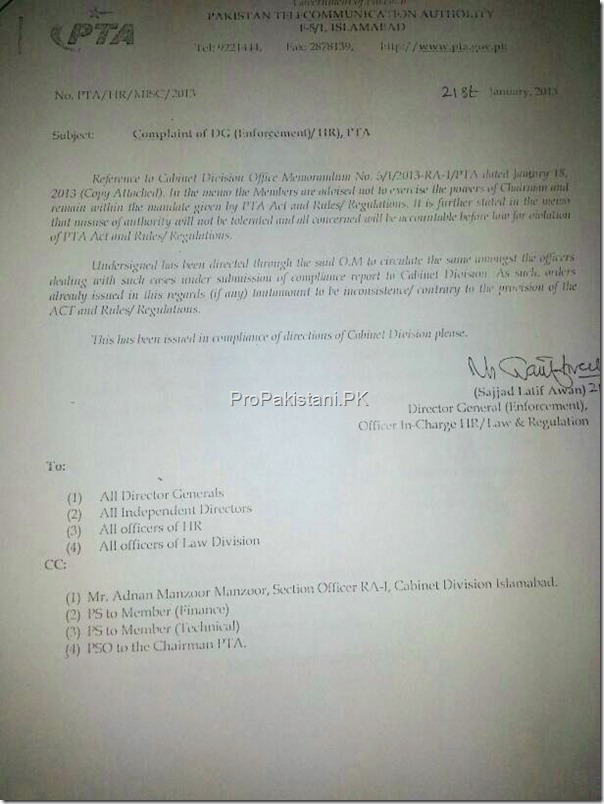 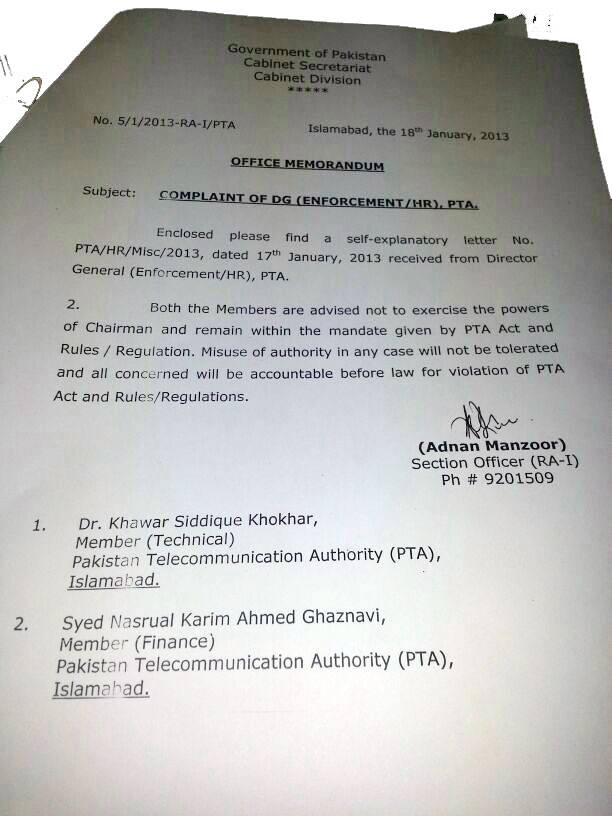