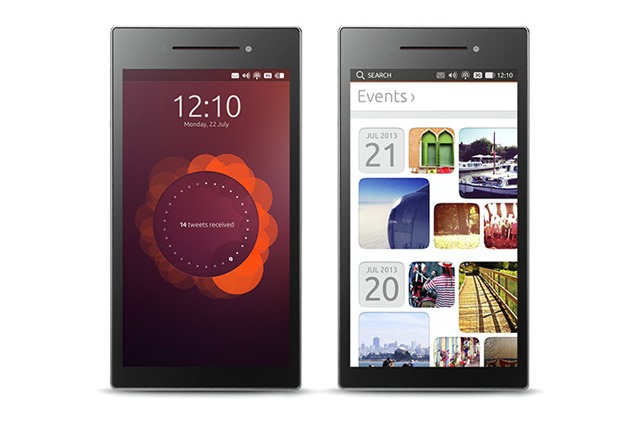 Ubuntu Mobile, which was only exhibited on Google devices until now, has finally gotten a home as Canonical, the company behind the OS announces the Ubuntu Edge. The phone won’t be as readily available, unfortunately, as only a limited batch of Edge smartphones will be produced (40,000 units).

There are more restrictions. Instead of going to a factory, Canonical has chosen Indiegogo, a crowdfunding website where it plans to raise a record $32 million. Even if that goal is reached, the project will go ahead, as the company wants to make sure that the tech-enthusiasts are interested. It might even make these phones more often if it’s successful.

The biggest feature of the phone, undoubtedly, will be its ability to connect with a monitor via HDMI to display full Ubuntu desktop. It can also dual-boot Ubuntu Mobile and Android when not doing that.

As for the phone, it too comes with great specs, necessary of course to boot Ubuntu desktop. It has a 4.5 inch 720p HD display which they think is just fine and not an overkill like Full HD. The display trades glass for pure sapphire crystal, a surface which could be scratched only by diamonds. The phone is made by “cool, textured amorphous metal” metal.

Below that display, you’ll get an unspecified processor with the “fastest available multi-core processor”, 4 GB RAM and a mammoth, 128 GBs of storage. At the back you get an 8 megapixel camera. For connectivity, the phone will have Bluetooth 4.0, dual-band Wifi and 4G LTE. The battery uses the advanced Silicon-anode technology.

Here are the full specs of the Ubuntu Edge: (via indiegogo)

Canonical thinks that the Edge will prove to be the “Formula 1 of smartphones” in a place where everybody is using similar sedans.

In the car industry, Formula 1 provides a commercial testbed for cutting-edge technologies. The Ubuntu Edge project aims to do the same for the mobile phone industry — to provide a low-volume, high-technology platform, crowdfunded by enthusiasts and mobile computing professionals.

A pioneering project that accelerates the adoption of new technologies and drives them down into the mainstream.

While it is true that this phone might be called the F1 standard of this industry, the pricing and availability might be the reason of the downfall of this project. The phone phone will be available for $830 to the supporters of this fundraiser (or $600 in the first 24 hours). And even if it’s successful, it won’t be shipped until May of 2014. That alone might be the deal-breaker for some.

So while the Ubuntu Edge is a great project, I will remain skeptical of its success, even if it exists. As of now, it has already gathered $1.9 million in less than a day but it will be interesting to see whether it will continue the current momentum in the future too.