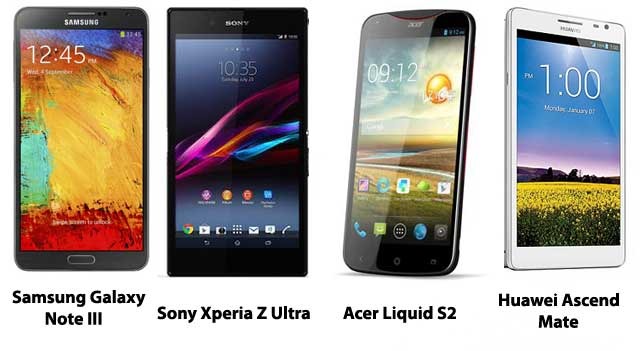 Samsung’s latest Note III, with its brilliant S-Pen, vivid display and a beefy hardware is a great phablet in its own right but will it be able to beat other phablets head-to-head?

We will try to find that in a spec sheet below:

But of course, specs don’t narrate the whole tale, there is something called exclusivity too. Sony Xperia Z Ultra, for instance, is the only one which is waterproof and that supports input from even a pencil.

The Galaxy Note III comes with its own stylus in the form of S-Pen with all of its tricks while the Huawei is easily the cheapest. Acer is a mix of them all and given Acer’s emphasis on competitive pricing, won’t be that expensive either.

Either way, it depends on the end users, that what matter most to them.