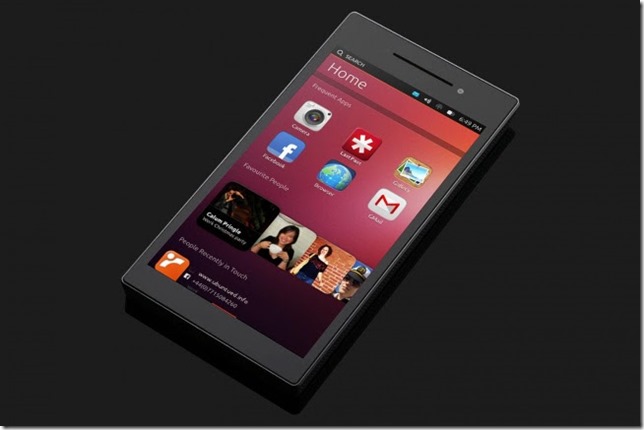 Canonical may have failed to meet the crowd-funding goals for the ambitious Ubuntu Edge but that hasn’t prevented them from coming into the Smartphone market with other partners.

The company has announced that the first phones running on its Ubuntu Touch OS will hit the market later this year.

The first manufacturers who will get this honour will be Meizu and BQ Readers. Those are both small, aspiring manufacturers but the company promises that more establish names will take notice in 2015.

The reason, as cited by the founder Mark Shuttleworth in choosing these amateur players of the industry is because of their stronghold in rising territories.

The initial phones are said to come with latest hardware, while the OS itself will get support from the makers of top 50 apps on other platforms.

“The Mobile industry has long been looking for a viable alternative to those that reign today.

Ubuntu puts the control back into the hands of our partners and presents an exciting platform for consumers, delivering an experience which departs from the tired app icon grid of Android and iOS and provides a fluid, content-rich experience for all.” Mark Shuttleworth

The goal, while ambitious, still seems like a moonshot since the market is full of strong leaders desperate for market share and young groups battling out it out in lower grounds. Still, you should never rule anyone out as we sure have seen stranger things happen.

It will have a 4.5 inch 720p HD display which they think is just fine and not an overkill like Full HD. The display trades glass for pure sapphire crystal, a surface which could be scratched only by diamonds. The phone is made by “cool, textured amorphous metal” metal.

Below that display, you’ll get an unspecified processor with the “fastest available multi-core processor”, 4 GB RAM and a mammoth, 128 GBs of storage. At the back you get an 8 megapixel camera. For connectivity, the phone will have Bluetooth 4.0, dual-band Wifi and 4G LTE. The battery uses the advanced Silicon-anode technology.

Here are the full specs of the Ubuntu Edge: