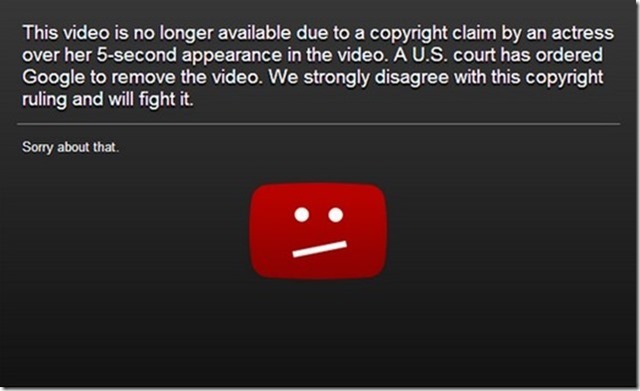 We are told that Pakistanis are anxiously waiting for YouTube to start appearing on their screens – without proxies – especially when Google has removed anti-Islamic movie from YouTube.

However, that’s not happening – in next few days at least – as government is not definitive about lifting the ban on YouTube even after removal of the objectionable video.

Before the recent development,  Ministry of Information Technology and Telecom and Pakistan Telecommunication Authority were working together to work out the arrangements with Google to get YouTube back in Pakistan.

Then there came a news from US that a federal court there ordered Google to remove an anti-Islam movie from YouTube over copyright claims from an actress who appeared in the video.

Google, while complying with the court-order, started removing the video from its website.

However, Pakistan is still not planning to unblock the access of YouTube in Pakistan based on the fact that Google has announced to fight the decision and all the blasphemous videos may return back to their life.

A source in Information Ministry confirmed ProPakistani that MoIT, PTA and Google are collaborating to bring the website back. He said that there are points/steps in hands now on which everyone has agreed but they may require some time to get implemented.

According to Google, our source told, out of 4,320 copies of “Innocence of Muslims”, just 1400 copies were removed and replaced with a message (pictured above). Remaining copies of the video are being removed by YouTube and may take few more days.

Moreover, our source further opined, there is no guarantee that these videos will not come back on the website and hence unbanning YouTube without reaching a conclusive understanding is not possible.

Our source confirmed that YouTube will be back – thanks to the arrangement between MoIT, PTA and Google and not because US court ordered the removal of the video.

Unfortunately, there is no timeline available for that.