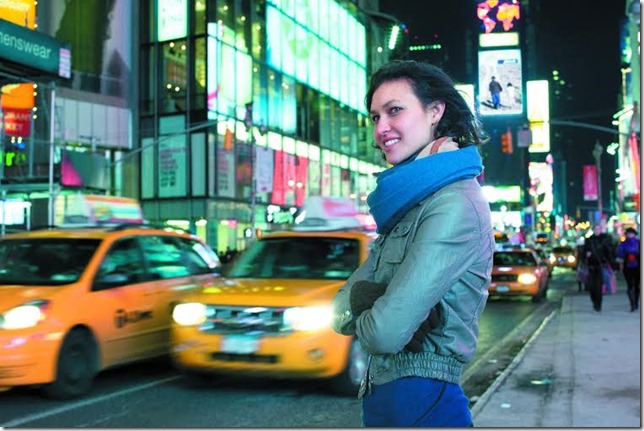 Many cities across Asia Pacific are notorious for terrible traffic. In fact, just recently there were reports of a horrific jam in China that lasted for over a week. Can you imagine the frustration of being caught in that?

While this is an extreme case, dealing with traffic congestion in bustling Asian cities is a daily reality. In highly populated cities or tourist hotspots such as Bangkok, Ho Chi Minh City and Jakarta, the roads are filled with buses, cars, taxis, motorbikes, bicycles and a lot of pedestrians. Staying off the roads doesn’t necessary help either. In Manila, you might even have to line up for over an hour just to ride the jam-packed Metro Rail Transit during rush hour.

Holiday season is even worse. Did you know that China’s railways carried a record 10.33 million passengers on the first day of its Golden Week holiday this year? As the New Year creeps closer, the idea of being trapped in the heavy holiday traffic is an impending worry for many traveling to family gatherings and other excursions.

Governments and city councils face huge challenges with their traffic and transit strategies, and are increasingly turning to technology for a solution. How? Every one of us is actually helping. As we send and receive information on our smart phones, tablets and laptops, we may be leaving an imprint of location, preference and behaviour data without even thinking about it. These are examples of Big Data, which when viewed from a macro perspective, can be used to identify trends and insights that can help tackle complex challenges such as traffic.

We’re seeing applications of this everywhere and in many different ways across Asia Pacific.

Da Nang, the biggest city on the South Central Coast of Vietnam has already started to tackle this issue by building a ‘smarter’ city using Big Data solutions based on Intel technology. Using the datacenter, Intel helped establish a new traffic control center with which city officials can monitor traffic and control the city’s traffic light system through a dashboard. Software and sensors have been embedded in roads, highways and on buses track whether there are traffic jams and the buses are running on time.

For example, if an accident causes a road blockage, lights can be adjusted to give more time to let cars caught up in the jam to pass through. Passengers will also be told when there are changes to the bus routes, time tables and estimated arrival times.

With a dense population, the Singapore government implemented heavy car taxes to keep its roads manageably clear of private motorists. People are encouraged to take public transport and one of the main modes of transport is their cabs.

However, when it rains in the city, cabs are nearly impossible to come by. This baffled everyone until a study using big data by the Singapore-MIT Alliance for Research and Technology found a surprising answer.

In fact, when it rains, cab drivers pull over rather than pick up passengers.

Digging deeper, the researcher found that this mentality actually stemmed from a decades-old policy that still requires drivers to put up a $1,000 bond when they’re in an accident. When the policy was initially implemented, drivers could be cleared and returned the money the next day. But now that it can take months for drivers to get their money back. So what do they do? They choose to play it safe and stay off the roads in bad weather to avoid the risk.

The policy is now being questioned in Singapore, which it shows how data insights can help cities understand and improve urban movement.

Similarly, Shanghai has deployed surveillance and safety technology using Intel technology to achieve a real-time insight into traffic on the city’s roads. With the processing capabilities enabled by Intel’s processors, Shanghai can capture a plethora of data relating to the cars on its roads – from the color, direction, model and behavior – and analyze it accordingly to ensure traffic continues to move safely. For example, being able to identify stretches of road where there are lots of traffic jams or where drivers commit a series of illegal offences, the city of Shanghai could introduce a number of safety measures, such as wider roads or traffic signals, aimed at resolving congestion and increasing driver awareness.

As traffic data continues to grow, it’s possible to identify more innovative ways to use this information into useful applications on the road. Synchronized traffic lights are not the only thing in store for us. Our cities will run more smoothly, and we’ll be able to trust that traffic jams will be dealt with more quickly and the frustrating hour-long wait for public transport will a nostalgic thing of the past.

This is just one of the more unexpected areas in our life where Big Data is working in invisible ways create exciting transformations to our lives. The possibilities are incredible and the opportunity is huge. If you thought the internet changed your world, it’s time to get excited about what ‘Big Data’ will improve in our future.