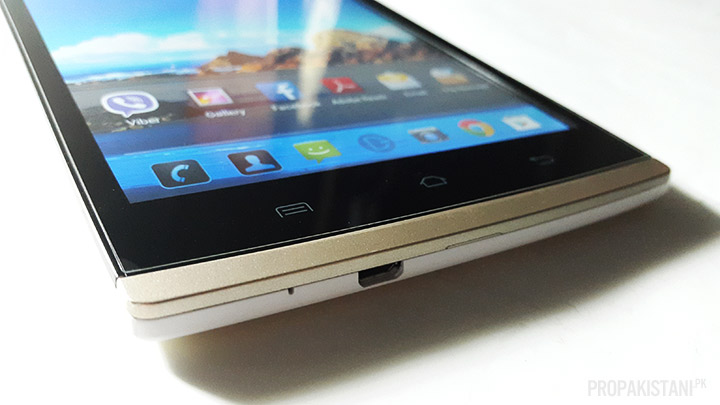 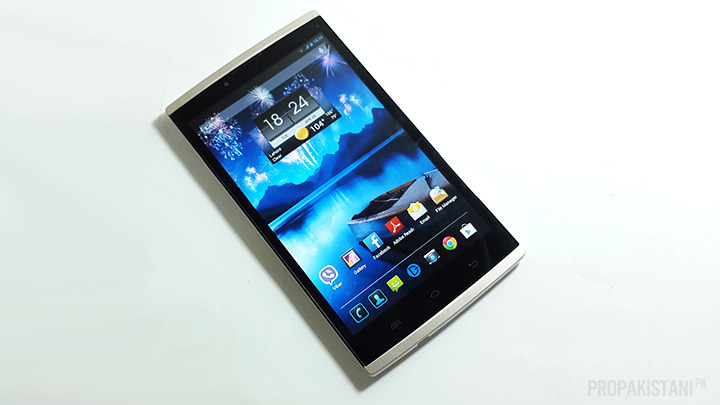 Dany has recently added a couple of new devices to its tablet portfolio. We have got our hands on the “high-end” T500 tablet from the latest Dany Talk Series and made a short review for you guys.

The Dany T500 features a sleek and stylish design, mostly made of plastic but features a metallic back. The gold paint job adds a premium look to the tablet.

Since Dany T500 has Dual-SIM functionality with 3G support of course, it is designed to be used in portrait mode, which makes Dany T500 look like a giant phone. 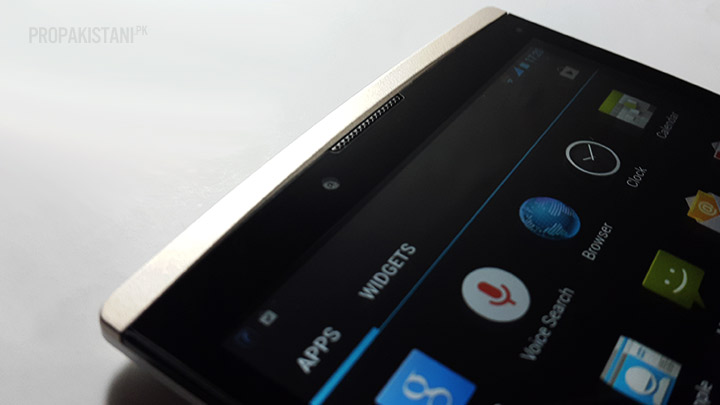 The front side of Dany T500 is dominated by a 7-inch capacitive touchscreen (800×1280 resolution, 213dpi). Unlike previous tablets from Dany, this device features an IPS screen which provides sharp and vivid colors with decent viewing angles.

However, there are some vertical bars visible on the screen, and these could be very irritating at times. The screen supports up-to 5 point multi-touch.

As usual, above the screen on Dany T500 there is ear-speaker along with 0.3-megapixel camera (surprisingly Dany T500 doesn’t feature light & proximity sensors).

Below the screen there are the regular touch keys for menu, home & back. Unfortunately these are not illuminated and you will find it pretty hard in the beginning to use them. 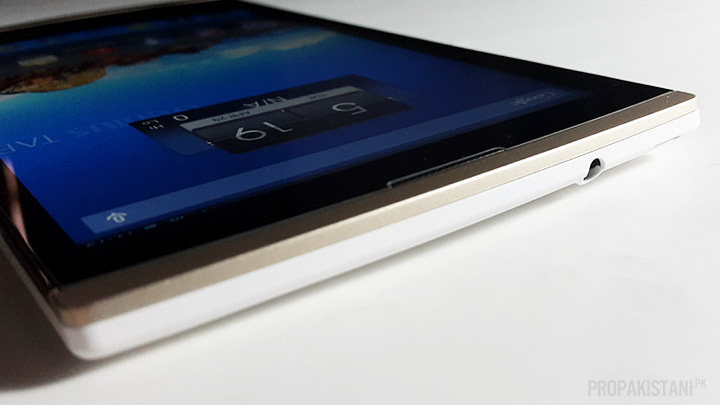 The top of Dany T500 features 3.5mm headphones jack and the microphone along with micro-USB port are located at the bottom.

Unlike the normal layout, power key is located on the left where as volume rocker is on the right. It may confuse you if you have another gadget with reverse key locations. 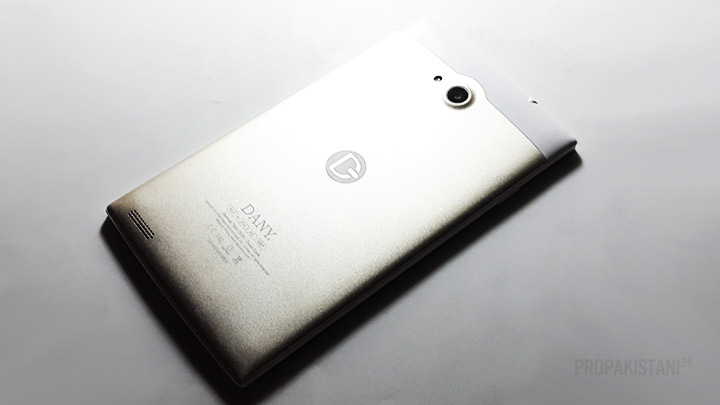 On the back the upper removable portion reveals slots for SIM cards (1 mini + 1 micro) and microSD card.

The lower part of back plate is non removable and features an 8-megapixel camera along with single LED flash and a loudspeaker at the bottom left. 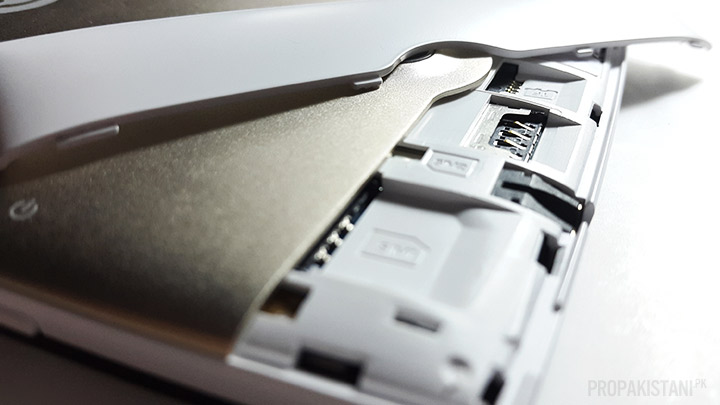 Dany T500 looks more premium than the previously reviewed Genius G5; this one has a better screen and the touch of metal gives it a premium look.

Currently Dany Genius T500 is only available in gold color, but I think that a full black color would appeal more to the potential customers.

Just like most of Dany tablets available in the market, T500 is packed with Android Jelly Bean 4.2 operating system.

The UI and other elements are pretty much untouched, other than minor changes in the icons and addition of some useful widgets. 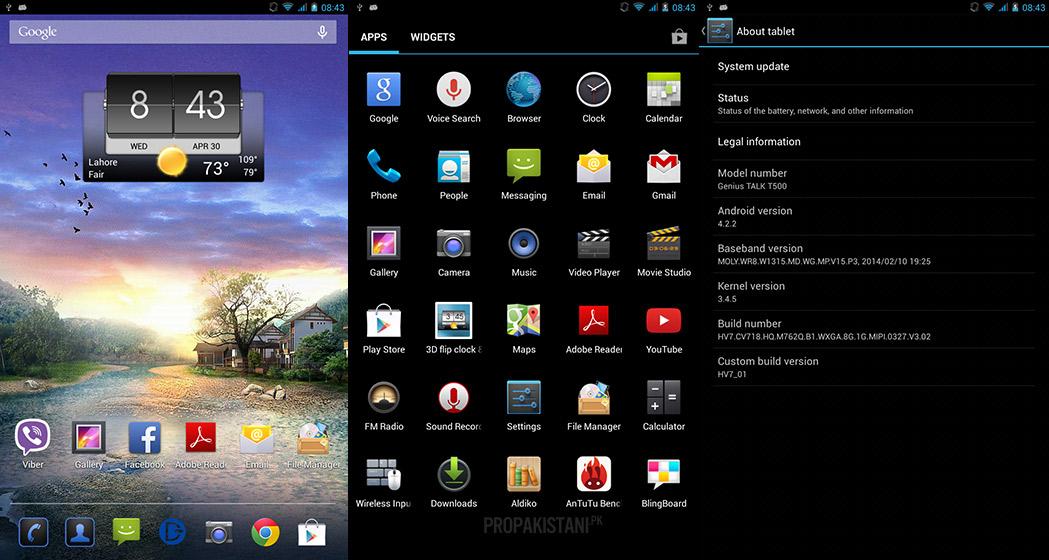 There is no word on the availability of future updates, which means you are stuck with the same version of Android and can’t upgrade to more recent versions like Android 4.4 KitKat, unless you opt to root the device.

Rooting this tablet is very easy and you can do it with one click by using Root Genius, or similar applications, but keep in mind rooting the device will void your warranty.

Dany T500 is packed with a reasonably powerful MediaTek MT8382 quad-core processor, clocked at 1.3GHz, along with Mali-400 GPU and 1GB of RAM.

Dany T500 features 16GB internal memory and you can use a microSD card up to 32GB.

Swiping of screens and the normal operation of Dany T500 is satisfactory and you won’t feel any lag; unless you run some resource hungry applications. 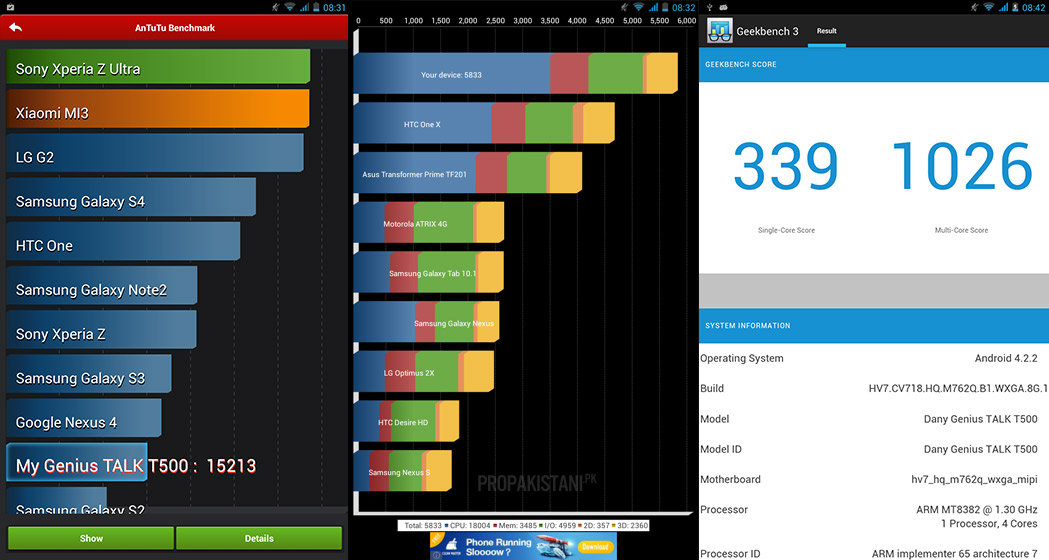 In my tests, opening a couple of resource hungry applications sometimes left the tablet unresponsive. It might be a software glitch because otherwise it handles the applications very well.

You can enjoy the latest 3D games without any visible delay and it can play high-definition videos without any hiccups, but there is some problem with YouTube and other video streaming applications. The sound comes before the video and it seems pixelated.

You can use two SIM cards with Dany T500 and both SIMs are 3G compatible. The regular and VoIP call experience is good and by default it puts you on loudspeaker during a call.

Dany T500 is equipped with a 3000mAh non-removable battery, which at maximum provides you a single day usage. Previously I have reviewed Genius G5, which had a smaller battery but it had decent backup. May be it is because Dany T500 has a bigger screen and a different SoC.

How long you can keep Dany T500 going really depends on what you do with it but for most of the users it will provide a single day usage. Power users might need to charge it multiple times a day.

You can always preserve and extend the battery timings by lowering the brightness to minimum and by turning off Wi-Fi/3G when not needed.

It takes almost 2.5 hours to fully charge the battery and you can also use your laptop/computer, or any other device that supports OTG, to charge Dany T500.

The performance of front-facing camera is extremely poor as expected, on the other hand primary camera does the job well, especially in well-lit conditions. 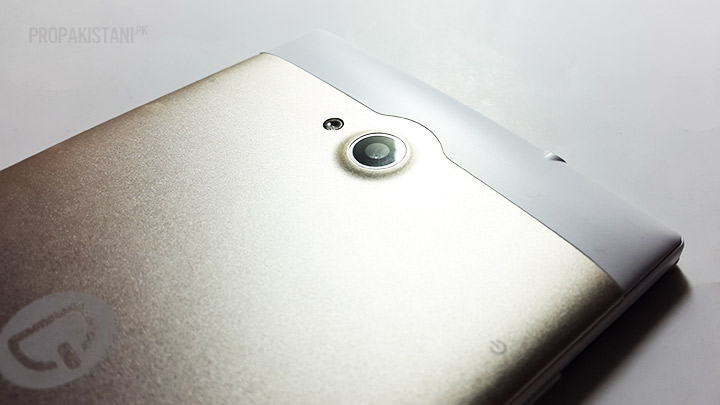 The primary camera allows you to record 720p videos, whereas the front camera is restricted to just 480p.

The performance of the primary 8-megapixel camera is acceptable but the poor quality front-facing camera is a deal breaker. 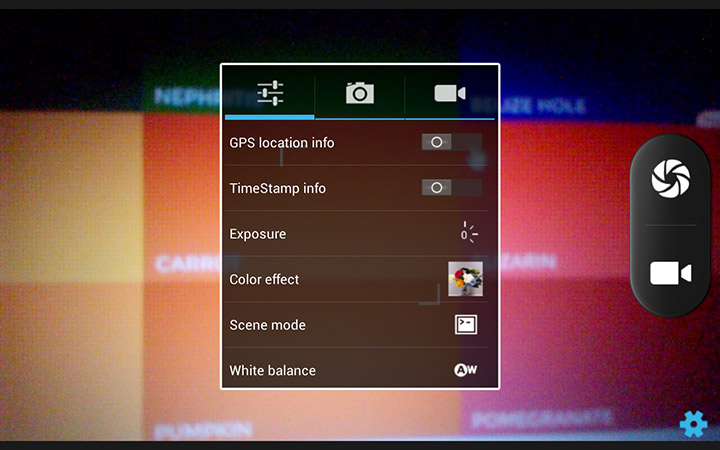 The camera interface is quite simple and allows you to control certain aspects, like exposure, white balance, face-detection, HDR, panorama, image and video size.

You can also apply some filters and effects on the still images and videos. It also features voice commands but it never worked for me. Have a look at some of the sample images taken from this tablet below.

Below are few sample images taken by primary camera of Dany T500. You can click on images to view full sizes. 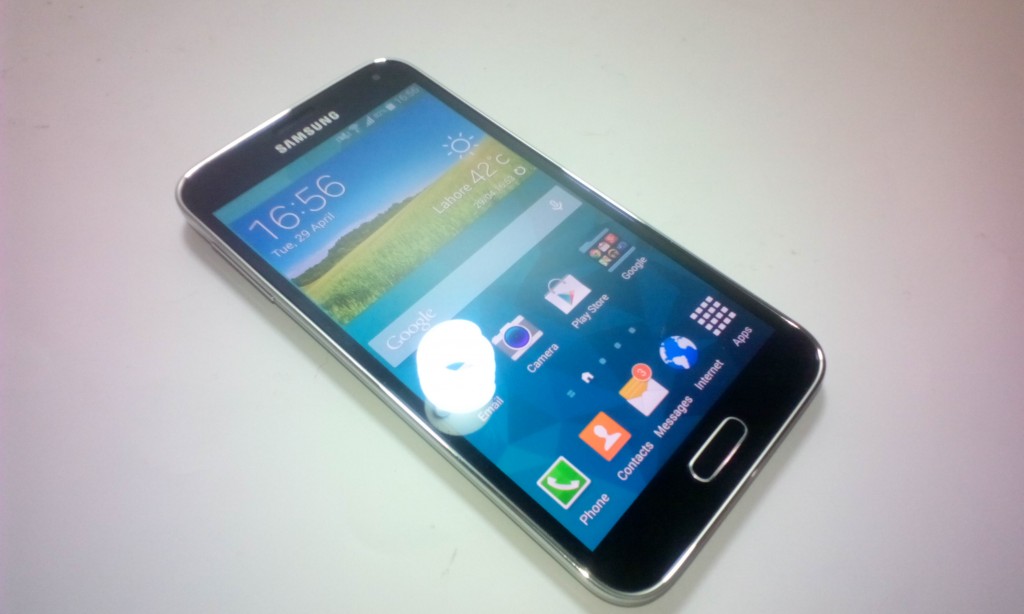 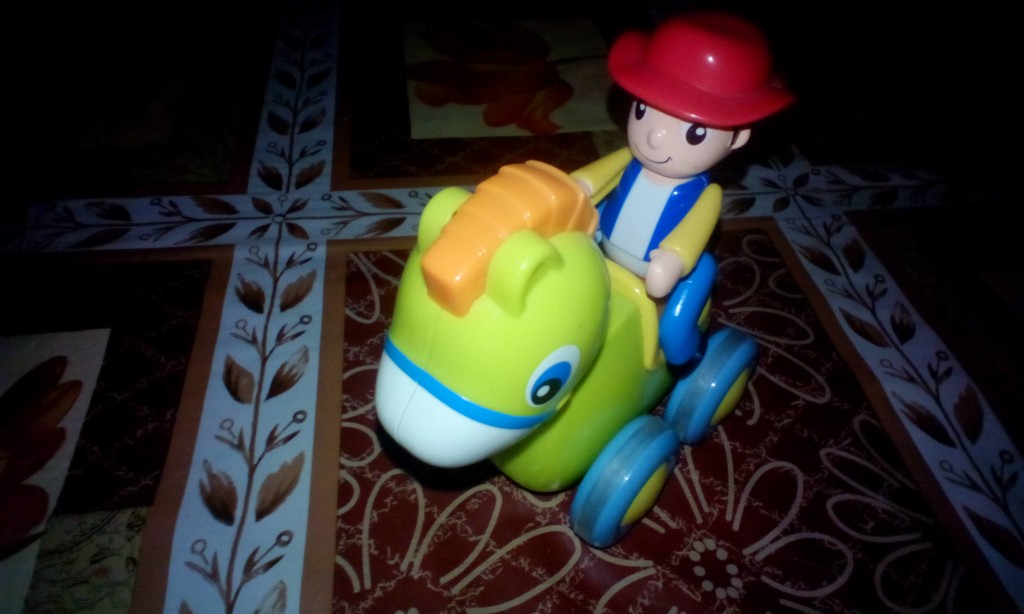 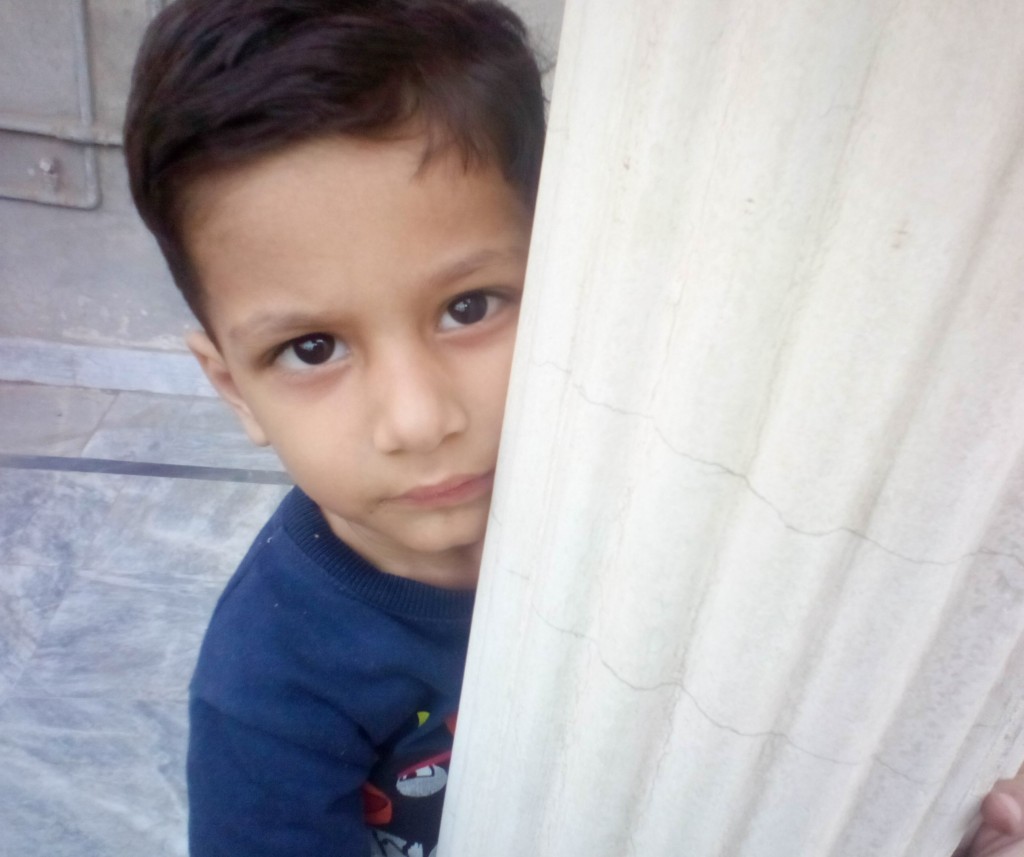 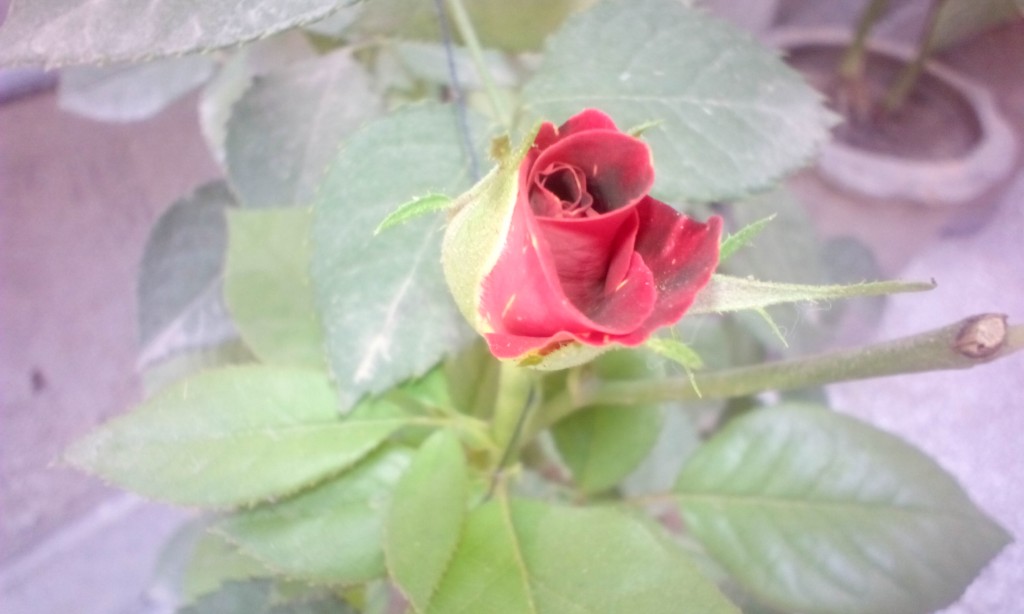 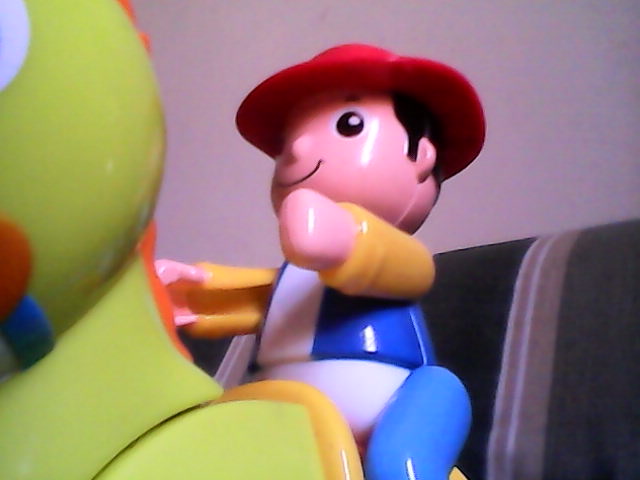 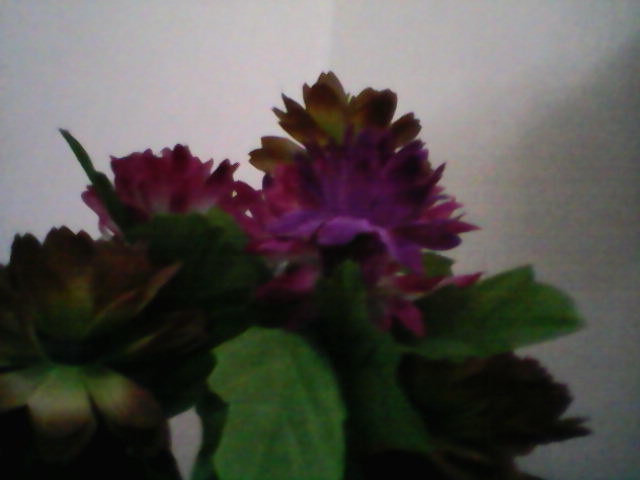 Dany Genius T500 is available at all major computer & mobile shops across Pakistan for a price of Rs. 18,900.

The tablet is currently available only in gold color. 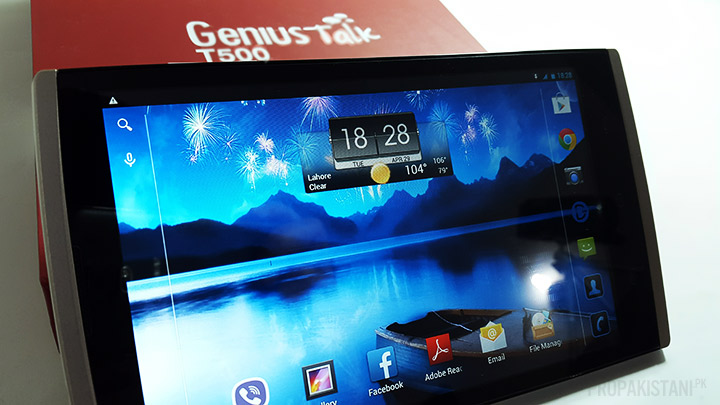 The accessories box, which includes a leather case, screen protector, headphones and cleaning cloth can be bought separately. It comes with one year international warranty of Dany Technologies. 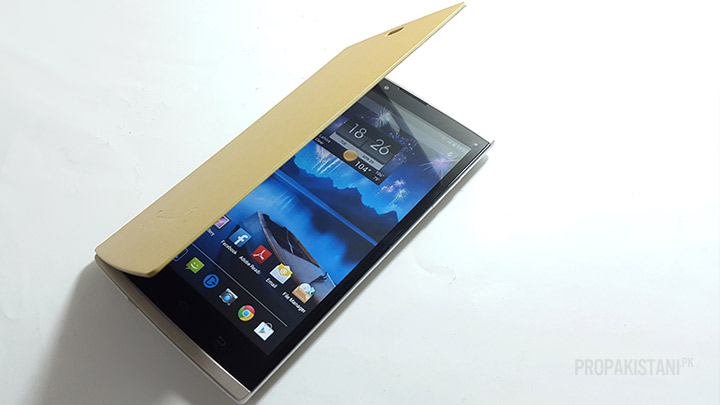 Dany Genius T500 tablet offers premium build quality, sharp screen and it comes with reasonable hardware packed inside. On the other hand poor camera performance, short battery life and out dated version of Android are the major disappointments. 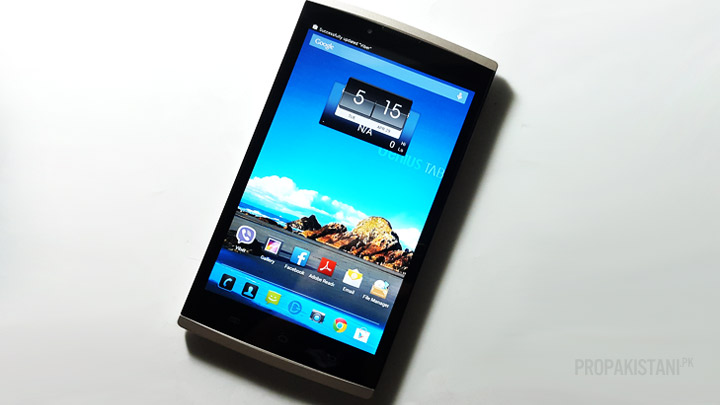 The price tag for this tablet is also a little high. In this price range Dany T500 will have to face a lot of competition not only from Chinese vendors but from some renowned brands including Samsung & Asus.

However, if you are looking for a device with 3G compatibility on both of the SIMs to enjoy high-speed internet on the go, then Dany T500 can be your next mobile gadget.

Do share your opinion about it and if you have any questions feel free to ask us in the comments section below.