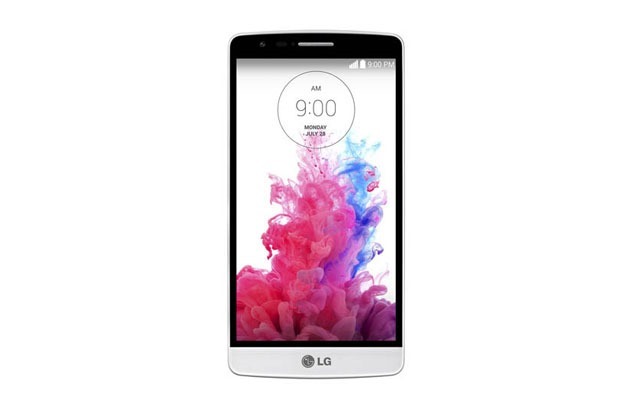 This entire mini flagship game is turning into a bit of a joke. When Steve Jobs announced his first iPhone back in 2007, he sang praises of the phone’s “giant” 3.5″ display.

Today, even the so-called “Minis” have larger displays than iPhones.

LG’s new mini flagship suffers from this same dilemma. The G3 Beat – smaller sibling of LG G3  as it is called –  comes with a 5″ HD display. Not exactly mini, is it? about three-quarters of the front is screen, so at least it looks quite striking.

Under the hood is a 1.2Ghz quad-core Snapdragon 400 processor, the same class as in the Moto G but with a more complex display to handle. Accompanying it is Adreno 305, 1 GB worth memory and 8 GB internal storage. That last bit is expandable.

Like the Galaxy S5 Mini, exclusive features (and gimmicks) are retained. The 8 megapixel rear-shooter comes with the same, advanced Laser AF system, as well as LED Flash. It also does 1080p video. Connectivity options include Bluetooth 4.0, 4G LTE and NFC.

Again, just like the G3, you can take a selfie by clenching your fist in front of the camera for three seconds while the smart keyboard helps you type more accurately. Finally, like all other mini flagships, the design is the virtually the same, which is a good thing.

Yet, the fact remains that LG has basically destroyed the entire purpose of a mini flagship. These phones are supposedly for people who are lacking in space and don’t want to feel awkward holding a giant-sized phone to their face.

While LG isn’t blatantly marketing the phone as a mini flagship, it is following the trend followed by numerous others: skimp down on features, add only the gimmicks and retain the design.

When Steve Jobs announced the iPhone in 2007, even he couldn’t have imagined that his creation would fail the “mini” criteria just 7 years later. Today, we have the G3 Beat.