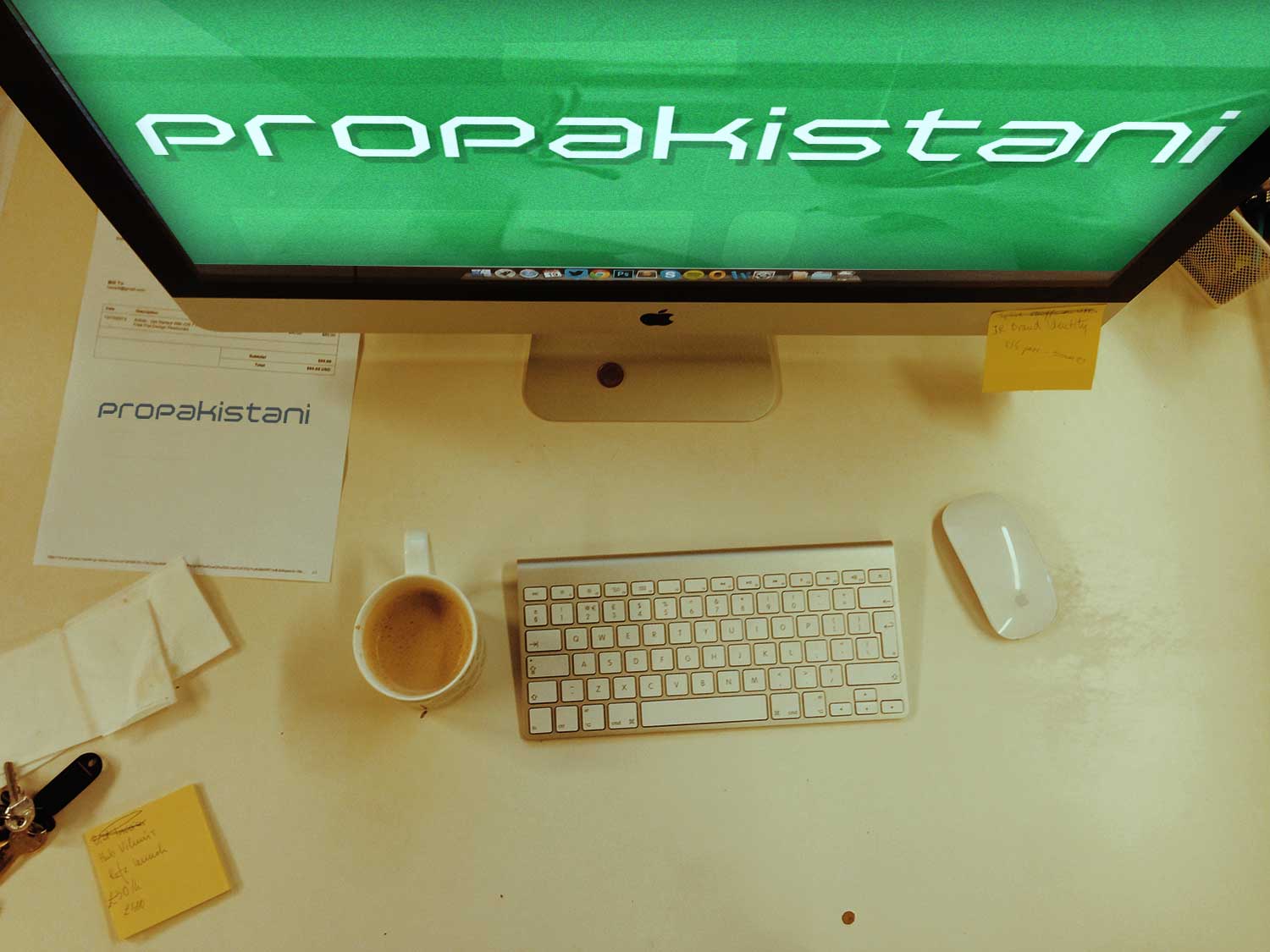 It’s Ahmad Awais here, me and my team built the new version of ProPakistani. Here is something I had to say about it.

Like many other tech-junkies, ProPakistani.pk has been a permanent fixture in my RSS feeds for a number of years. I’ve watched them grow from a fairly lowbrow tech blog into a thorough, to the point, truly valuable online telcos resource. Part of that has been seen partly from ‘the inside’, as my team is contributing content here for sometime now, and I’m happy to say that my involvement now runs even deeper: I designed & developed the fourth version of ProPakistani.

I applaud ProPakistani.pk, because Aamir Attaa and his team has always given their level best when it came to breaking news relevant to telcos niche. Not only this but I believe that ProPakistani has evolved into something much bigger than what it used to be, due to continued improvement; something that is obvious when you go and compare quality of today’s articles with those posted a couple of years ago.

However, for a long time I had this feeling that ProPK design is holding it back somewhat, nodding back to the days when it was a less well-respected blog in Pakistan. So, when Aamir Attaa asked me if I’d like to redesign the site, I jumped right in at the chance: in my mind, this could be the opportunity for the visuals to more accurately reflect the quality of the content within.

So after multiple sleepless nights, ever changing deadlines (due to the political situation in Pakistan), me and my team, finally present you all, with the latest re-design of ProPakistani; the fourth as they say.

To define what’s what and how we did everything you see I planned to write about it, about the process as we went through it. Neither I or the ProPakistani team have any plans to ‘crowdsource’ feedback, but this is a rare opportunity, one can get, to talk about some of the decision-makings, and yet I’m a big fan of transparency.

When Aamir Attaa contacted me for a redesign, our team after three meetings pitched a proposal of what we intended to deliver. After certain discussions over Skype one of the three tracks, we pitched, was approved. Then there was a meeting between two designers including me, three developers and a third party designer. Which led us to few key improvement factors: The pinned points 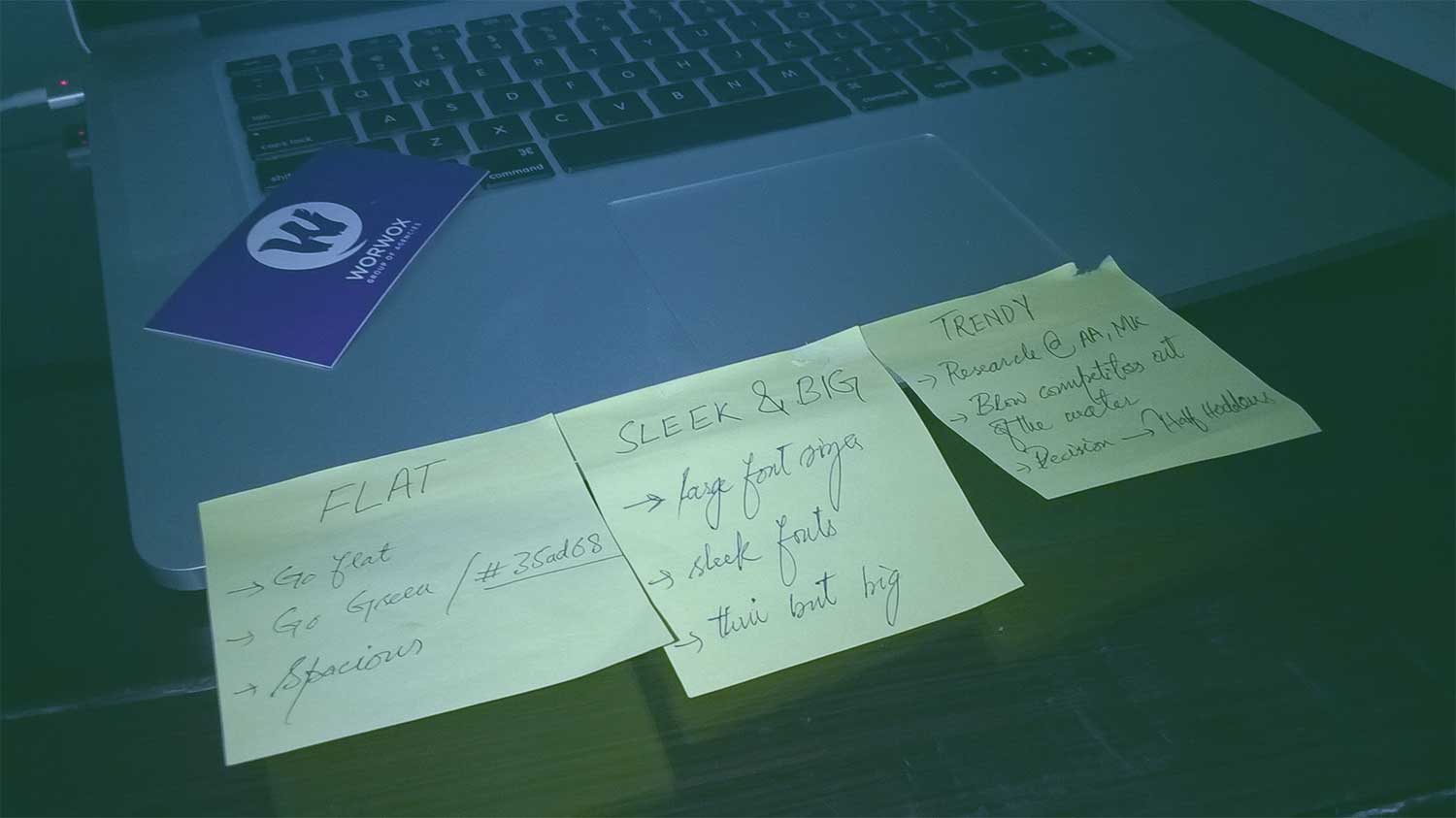 In the beginning to form loose ideas of a possible aesthetic, as well as tackle the somewhat complex issue of ProPK extensive categories and how to create a complex responsive design, we started off with the above points.

Design process started with a lot of research followed by several discussions and if my recollection of lost isn’t misleading me, then we had 23 meetings. One thing I’d like to mention about my team is, we don’t sit in form of groups of designers, developers, etc. but we keep on changing our sitting arrangements depending upon the projects we are working over.

To be more clear, let’s say we got the ProPk’s project, the RFP (request for proposal) was addressed and stuff was finalized. Then in-house we decided about how much time each and everything will take, to who will be working over what. We manage all this stuff over an internal dashboard, where all the set of tasks are created by a particular project lead, who then assigns each and every task to a particular person. Then at the very end we get to have the names of all the team members working over a particular project, i.e. ProPakistani. We had two designers and three developers working over this project. So, now whenever these five people are working over ProPK, it is compulsory for them to be seated together. This workflow enhances the performance of team members and reduces a lot of fuss.

What started with three different designs after a research over 200+ sites ended up in one single workflow within the third week. After that, all we had to do was design what we had in the form of sketches over pages. Took hardly 5 days and we had a winner. 2 quality assurance tests led to the final design pitch which later got approved by Aamir Attaa and his team. It was something like the one below.

Some of the major challenges in the development phase were tackling with navigation bar, improving the factor of page speed and a complex responsive design for all the major smartphones, tablets, laptops and desktop computers. We targeted about 18 different devices. Creation of true responsive layout was subjected to a good deal of research, I mean look at the homepage. There were 18 different devices which were about to display the homepage in a seamless fashion to keep up with the readability factor and still keeping things in accordance with the design aesthetics above.

We set to create a true responsive design for 18 different devices and their latest browsers (The time & budget constraints kick-in here, so, we had to limit the development up to 18 devices). One of the strongest challenges here was Home Page Layout. Development team continually collaborated with a designer to create about 4 different layouts of Homepage addressing different screen sizes of Smartphones, Tablets, Laptops & PCs. 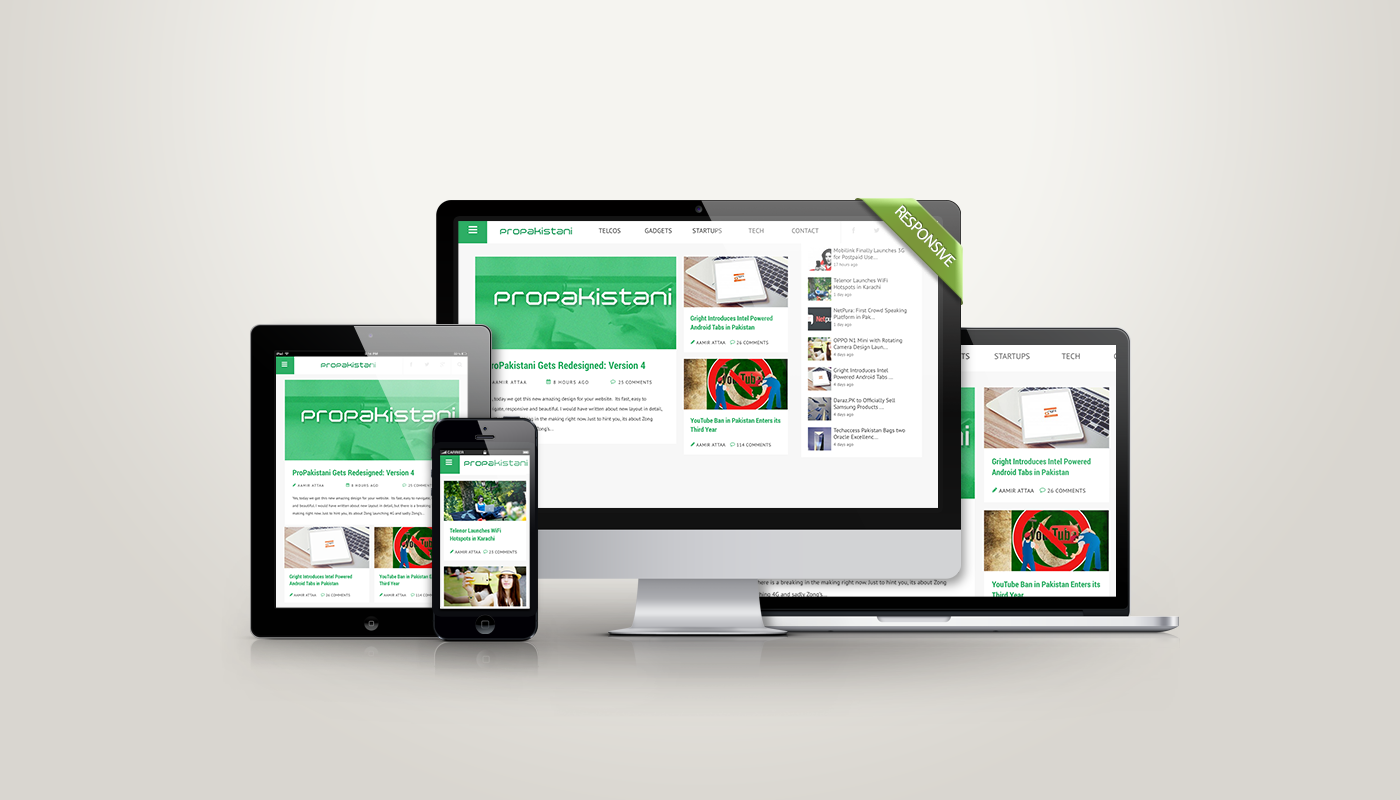 To address the readability factor throughout our responsive development phase we gave more and more space and bigger font sizes.

Instead of render blocking JavaScripts of different social media platforms we decided to build a custom API, which collects and caches the number of shares for each post. Keeping things simple yet making the page speed enhancements added a good deal of value to the user experience.

All your favorite categories in one place

Not only is it the latest trend but it helps a lot in UX to have an off-canvas navigation bar.

We thought of implementing atleast one feature which was never seen before at ProPakistan.pk, it was a simple but intuitive notification bubble, letting everyone know about the number of posts published in last 24 hours.

Last but not the least, there is a funny 404 page. When you end up browsing a page at ProPakistani which is no more available, you get to meet our pet made in CSS3

And the Social Profiles Branding

Each and every aspect of a brand should follow the same aesthetics and philosophy. We did the rebrand of ProPakistani in a complete 360 degree fashion.

P.S. At the end of the project, ProPK team decided to modify the font from the sleek Gotham Rounded premium family to two different thick fonts and certain other spacing amendments, which me and my team are not accountable for.