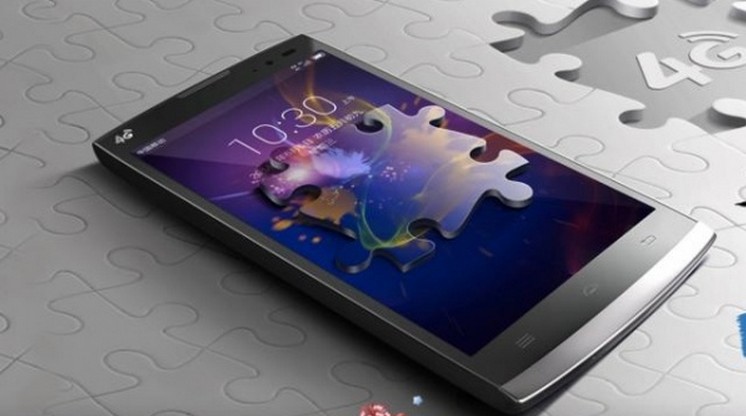 Zong, along with launching 4G service, yesterday announced its own 4G smartphone that is likely to hit stores in Pakistan with-in next few days.

The 4G enabled smartphone is billed as Zong M811 in Pakistan and is supposedly the same handset that is retailed by China Mobile (Zong’s parent group) in China and Hong Kong for 999 Yuan (equivalent to Rs. 16,800).

Company has said that Zong M811 will be available at official service centres with-in 10 days with a price tag of Rs. 21,900, that’s way more than the original price in China. Zong 4G Bundles and/or details for other payment plans (such as instalments) will be revealed at a later time.

Zong M811 supports 5 network modes (including 2G, 3G and 4G) and 10 frequencies, making it compatible with almost any GSM network in the world.

Not to mention, there is a dual-SIM variant of M811 available in China, but reportedly Zong will only ship single-SIM version of M811 in Pakistan as naturally they wouldn’t want their customers to use competition network SIMs on their phones.

Specifications suggest that this M811 boosts a 5 inch IPS display with screen resolution of 1280×720 pixels. It is powered by a Qualcomm Quad-Core processor clocked at 1.2Ghz and 1GB of RAM along with 4GB of internal memory.

M811 runs on top of Android Jelly Bean or Android 4.3, however, we aren’t sure about any customization in the OS yet.

With angular design, Zong’s M811 bears curvy corners and a thin body (8.95mm) from outside with a total weight of 133 grams.

On the back, there’s a 8MP with BSI shooter for clicking HD photos and videos with an f2.2 aperture. There’s also a LED flash for richer shots during low light conditions. Additionally, you get a 1.3MP front camera for video calling.

Other than extremely low internal memory, we will term Zong’s M811 a decent device. Flow of hardware and its compatibility with software is something we can’t comment without using the device.

We assume that Zong will introduce more 4G phones in coming months as there are not many low-end 4G devices in the market, a challenge that Zong is likely to face for 4G customer acquisitions. Not to mention, most of the 4G phones are usually high-end devices that are priced at least Rs. 40,000.

We also think that Zong may re-adjust the price of M811 in Pakistan since exactly the same device is sold at Rs. 16,800 in China as compared to its Rs. 21,900 price tag in Pakistan.

We will bring you more updates on Zong M811, but meanwhile check below the promo of Zong M811: