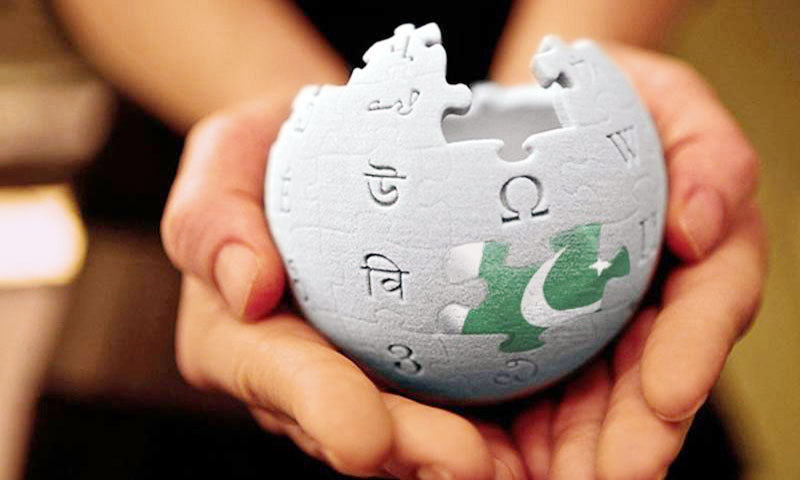 In our increasingly connected world, where the internet has become an integral part of our lives, more people turn to the web for information that is now just a few clicks away. In most cases, web searches are likely to land you at a Wikipedia page; so it’s a pity if the information you’re looking for is not right there on the Wikipedia page, or if it’s wrongly or poorly presented – this can leave you disappointed and even make you upset.

Wikipedia, as most people are aware, is a free online encyclopaedia available in more than 285 languages – an encyclopedia that covers nearly everything. Wikipedia, the world’s largest encyclopaedia, aims to give everyone on the planet free access to the sum of all human knowledge in their own language.

Since its creation back in 2001, traffic to Wikipedia has been continuously increasing and nowadays, it consistently ranks in the top five most popular of all internet sites, receiving as many as eight thousand hits per second (that’s 18 billion per month) and nearly 500 million unique visitors each month generating more web traffic daily than the popular online social networking site Twitter.

And while it’s an invaluable resource of information filled with an astounding variety of knowledge, Wikipedia is not nearly finished: it’s a giant work in progress. Yes, you heard it right – even though the English language edition of Wikipedia alone has more than 4.6 million articles, there’s still a long way to go.

Haven’t you noticed that missing pieces of jigsaw at top of the Wikipedia globe logo? That hole is there precisely because the encyclopaedia is not completed. My personal take on this is that the logo will stay the same and Wikipedia will remain unfinished for decades to come. In fact, Wikipedia is just barely getting started.

Well yes sometimes great things takes time. “Even Rome wasn’t built in a day.” According to Alexa, Wikipedia is the seventh most popular website in Pakistan, and is known by the vast majority of the more than 30 million Internet users in this country.

There are an average of 33 million monthly page views of Wikipedia from Pakistan. Hundred of thousands of people in Pakistan use Wikipedia daily, and millions visit the site monthly from Pakistan; but despite all of this, Pakistan related topics are seriously under represented in the encyclopaedia because only few visitors are making the effort to contribute back to Wikipedia what they get out of it.

This has slanted the Pakistani coverage on Wikipedia: of the 2.9 million monthly total edits to the English Wikipedia from across the globe, only about 8,000 – roughly 0.4% – are from Pakistan. In this respect, Pakistan is closely followed by European countries that have far smaller populations of internet users – among them Serbia, Finland, Ireland, Norway, Bulgaria, and Denmark. All have around 5 million internet users.

And while Wikipedia still provide plenty of information on Pakistan related subjects, it has a real need for high quality, well written content on our country. Doubtlessly, Wikipedia has a serious shortage of contributions from Pakistan and to fill the gap, more of us need to get involved with editing the online encyclopaedia.

Of the more than 20,000 Pakistan related articles, fewer than 50 are deemed of high quality; most of the remaining articles that do exist have little information, with combined issues such as poor writing, or unreliable or misleading information.

And because English is always in our comfort zone on the web, the pity is that our national language, Urdu, is also under represented on Wikipedia.

So naturally, systemic bias in Pakistan related articles arises. This results in an imbalance in what is covered, as well in the angles used to cover what is already included.

Surveys have revealed that an average Wikipedia contributor lives in a Western industrialised nation; those in developing countries, who are much more likely to lack access to the internet, remain seriously under represented on Wikipedia. Hence, Western subjects are more developed and detailed than those that relate to developing countries. In fact 85% of Wikipedia articles are related to North America and Europe!

In comparison with our neighbouring country (India) Pakistan has far less coverage; India related topics are more detailed and developed. Wikipedia receives 3.5% of global contributions from India, the third most populous nation of Internet users (more than 152 million). Indians by themselves are represented as a minority in the Wikipedia community, but Wikipedia has started to make a big impact in India over the past few years. This has made India far more visible on Wikipedia than Pakistan. For instance, the deaths of those in India are seen as far more noteworthy on the English Wikipedia. To give a glimpse, the 2008 Mumbai attacks in India have received significant coverage; but the 2007 Karachi bombing has received far less attention and coverage albeit both events resulted in same number of deaths.

Wikipedia allots only one of articles to the Karachi bombing but devotes more than dozen of articles to Mumbai attack. Another example is the ongoing war in North-West Pakistan in which around 50,000 civilians has been killed so far has received far less coverage. This is no fault of Wikipedia itself – the problem is that we in Pakistan are not contributing to the site in sufficient numbers to provide the world with information about us – our country, our culture, our history, our people, our geography.

Due to the greater number of active contributors from India, there’s also a stronger tendency for Pakistan related topics to degrade over time. Topics of mutual interest between India and Pakistan and about controversial subjects such as the Kashmir conflict and the Indo-Pakistani wars and conflicts are skewed and biased, which can result in an imbalanced and anti-Pakistan coverage of Pakistani subjects.

Diversity of knowledge and variety of contributors from different backgrounds are the essence of any encyclopaedia. This is what enables it to achieve accurate information, free of bias – and that is what gains high credibility among international readers. And while Wikipedia always strives to maintain a strict “neutral point of view” policy (which is fundamental principle of Wikipedia) in its subjects, due to shortage of volunteers editors from Pakistan, enforcement of neutral point of view policy in Pakistani article is not helped by the shortage of editors from our country.

On the good side, research suggests that Wikipedia is less biased than traditional encyclopaedias such as Encyclopædia Britannica, the oldest English language scholarly encyclopaedia which is written by hundreds of full-time editors and thousands of contributors, many eminent in their fields, such as Nobel Prize winners and American presidents. So if more fair minded people participate in this international project, the problems can be minimised to very much extent and balance can be achieved in Wikipedia’s Pakistan related articles.

Most people may not aware that Wikipedia is a volunteer service in which contributions are made when volunteer editors have time to do so.

Wikipedia relies entirely on hundreds of thousands of regular contributors from every country across the globe – people like you and me – who
volunteer their precious time everyday to improve and maintain it. They do this because they love the idea of free knowledge for everyone on Earth. Anyone with access to internet can make edits to Wikipedia: you too! You can take a break for any period of time, short or long, and you have the right to stay away too.

There’s no minimum or maximum anyone has to contribute and no tasks are assigned to individuals. You decide what you’ll contribute, as long as it’s accurate, balanced information. And existing community members are usually willing to answer your questions and help, if you ask. In summary, it’s actually fun and social and in the same time, its educational and help others.

Access to free knowledge, and preserving knowledge related to Pakistan for future generation, is too important to ignore when you can so easily be a part of this grand scheme. There’s no barrier of nationality, ethnicity, religion, language, caste, or gender. If you like the idea of volunteering to share your knowledge, or if you’re not satisfied with things you see in Wikipedia, please join up and just do it yourself.

Wikipedia articles are very easy to edit. Anyone can click the “edit” link and edit an article. You can do this without registering – but registering is so quick and easy, so please consider doing that so you get a username and can communicate with other editors around the world.

It’s important that we all have to put little effort into improve Pakistani content – opening up our country and people to the world through this remarkable and dynamic project.

If you write something good, it could be around for centuries and read all over the world. Ultimately it’s yours and most likely your kids will use it. I urge you, there’s nothing better than seeing your own knowledge saved into this worldwide site so that thousands of people can read it. It’s good for the future of humanity, and it’s good for you!

The writer is a volunteer Wikipedia editor and representative of Wikimedia affiliate in Pakistan. He tweets @WikimediaPK