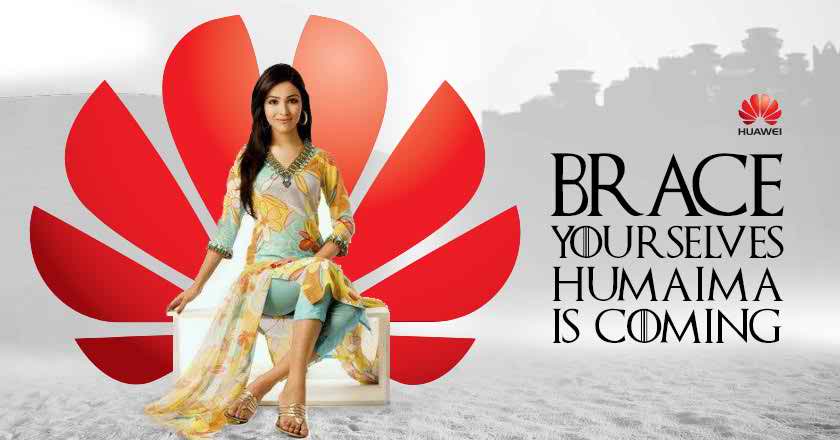 Humaima Malick has been getting a lot of press because of her recent Bollywood debut and she’ll be riding the fame wave with the announcement of her new position as the official brand ambassador of Huawei smartphones.

Recent reports suggest that the Huawei ad campaign for upcoming Huawei smartphones is in its closing stages with the TV commercial already shot. However, there is no word on when the campaign will go live. Malick will be replacing Mahira Khan, who kicked off Huawei’s largest campaign into the Pakistani smartphone market earlier this year.

Previously, Malick was the face of the Samsung Galaxy series and starred in various advertising campaigns as well as events promoting the smartphone line.

Huawei has now solidified its status as the largest telecommunication equipment in the world and the move to poach Humaima Malick shows that they are finally ready to take the Pakistani smartphone market by storm.