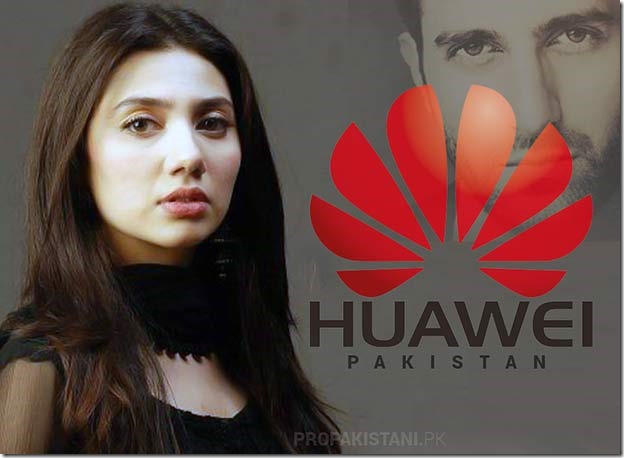 After starting its Mobile Phones business in Pakistan nearly two years ago, Huawei has now decided to go local with its TV commercials.

According to our sources renowned Actress, Fashion Model, VJ and TV Anchor Mahira Khan is going to be the face of Huawei in Pakistan.

It merits mentioning here that Huawei has aired some TV commercials in the past for its flagship device P6, G510 and Y320, but nearly all of them went unnoticed as they weren’t targeted at Pakistani audience with local face.

Now, however, Huawei is apparently determined to give tough competition to its rivals, namely QMobile & Samsung. The first step was to introduce Smartphones targeted at different market segments and now the focus is on advertising them.

With variety of phones with difference price range, we believe its the best time for Huawei to pick up the gears.

It merits mentioning here that QMobile has already made a dozen of localized TVCs and the latest featured Bollywood’s top heroine Kareena Kapoor. Samsung also has made a couple of TVCs featuring Humaima Malik & Josh Band.

What do you think, Huawei’s new TVC will help boost the sales and increase the brand awareness among potential customers? Do share your thoughts in the comments below!

Here is the teaser video Huawei Pakistan has shared with us: