Mobile phone users in Pakistan exchanged a staggering 301.7 billion SMS messages during July 2013 to June 2014, which is almost 800 million text message a day.

But what if we tell you that this number is lower than we had during 2013?

Yes, that’s right. Total SMS traffic during FY2014 decreased 5 percent as compared to what we had in 2013, showing that mobile messaging apps such as WhatsApp, Viber, Line and Facebook are making an impact. 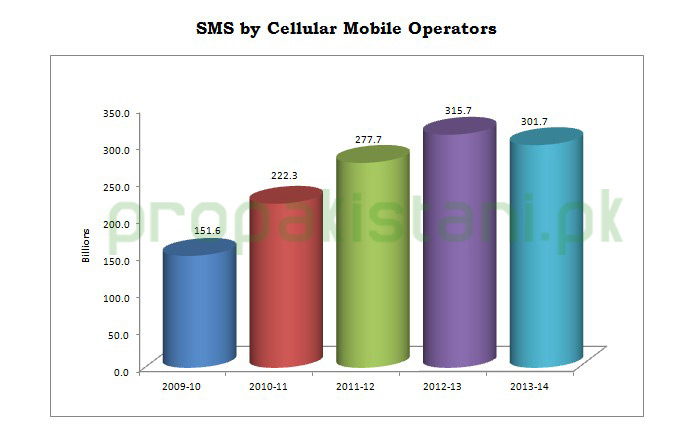 Similarly, the average SMS per cellular subscriber in a month also reduced to 180 as compared to 214 last year. 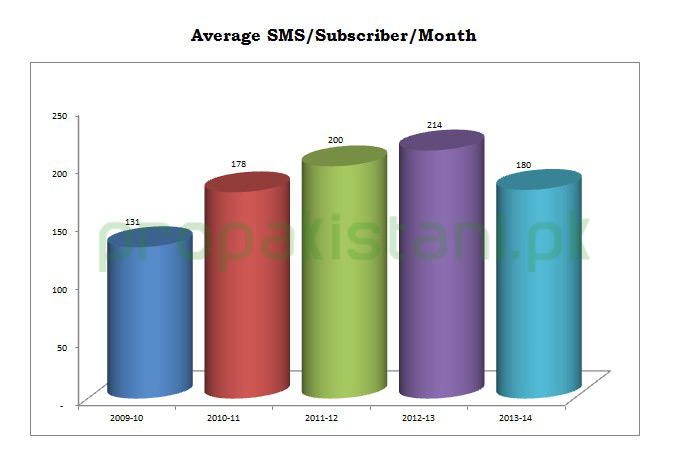 The rising influx of smart phones coupled with increased use of Mobile internet, Over the Top (OTT) and social media applications have reduced the dependency on traditional communication modes (voice and SMS) into reduced number of SMS exchanges over cellular mobile networks.

It is only the matter of time that voice and SMS revenues are going to get a serious hit and to get replaced by data revenues. Clearly it is the time now that cellular operator should start drawing their future strategies around data services.