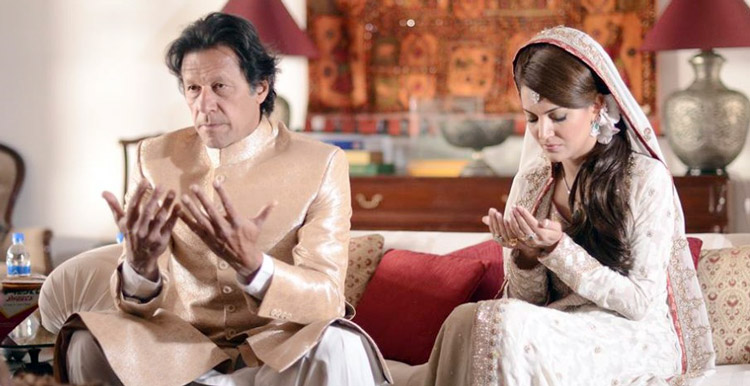 Imran Khan’s wedding has resulted in the kind of media and social media frenzy we don’t see very often. Multiple hashtags on Twitter trended globally including #ImranWedsReham as well as #MerayKaptaanKiShadiHa.

However, all is not rosy. Vile and despicable pages have also cropped up which disrespect Reham Khan and Imran Khan’s union. We won’t comment on them; instead, we have gathered up the best social media reactions. Here is what cracked up the nation while Imran Khan was marrying Reham Khan.

@TheMeeraJee don't lose hope, this is only his 2nd there could be a 3rd and 4th. #ImranWedsReham #ImranKhan pic.twitter.com/eVkCgeQY2A

Those who said that Red Zone was about a a Sherwani hanging in Bani Gala were attacked and ridiculed #ImranWedsReham pic.twitter.com/cWBkUo6TDZ

Reham Khan has a Masters degree in Sociology. Sociology if translated in Urdu means "Imraniyat" #ImranWedsReham

No surprise that #ImranKhan got married at this age, every fast bowler loves getting the second new ball.#ImranWedsReham