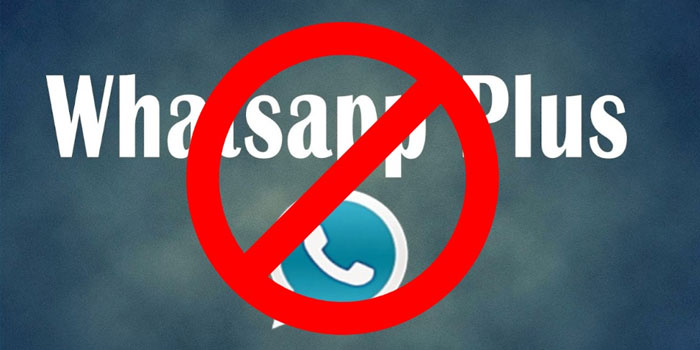 It has finally happened; WhatsApp has dropped the ban hammer on anyone trying to access the Facebook-owned messaging service via third party apps.

This has had serious consequences for renowned names like WhatsApp Plus and WhatsApp MD. WhatsApp has explicitly stated that it is in no way associated with these third party apps in order to preserve the security of its users.

If you use an app like Whatsapp+ or Whatsapp MD, your account is at risk of being banned

WhatsApp Plus is one of multiple third party apps that allow users access to the WhatsApp service. The main atraction for its users has been the simpler design, a flurry of themes and additional features that aren’t available with the official WhatsApp application. It still; however, uses WhatsApp servers to allow users to get through. This makes it easy for authorities to tell WhatsApp Plus users apart from the rest.

WhatsApp has clear terms of service that strongly prohibit the access of WhatsApp servers via third party clients. As a result, many WhatsApp Plus users have faced ban for the next 24 hours from the WhatsApp service. WhatsApp has made it absolutely clear in its FAQ section on the official website that:

“WhatsApp Plus contains source code which WhatsApp cannot guarantee as safe and that your private information is potentially being passed to 3rd parties without your knowledge or authorization.”

Unfortunately for WhatsApp Plus users, the third party client will no longer be able to continue operation, thanks to a a cease and desist order they’ve received. It’s safe to say that you can kiss this good old alternative goodbye for now.

WhatsApp MD has been another affectee of this operation by WhatsApp. However, this third party client is lucky enough to still survive. Many of its users have expressed sheer frustration at being banned from Google+, Facebook and Twitter in addition to being blocked by WhatsApp.

The developer of the app believes that users must persevere until a fix for the issue can be found. He clarifies that it could be a simple matter of altering the signature of the app enough to bring it in line with the offical WhatsApp’s. If so, users of WhatsApp MD should receive good news soon.