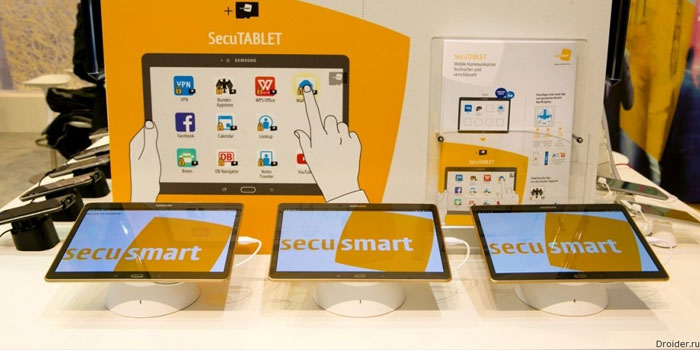 Blackberry is returning to the tablet market, this time with the help of Samsung and IBM. The three have teamed up in an effort to make a spy-proof tablet for enterprise users. The tablet is not a successor to the BlackBerry Playbook; in fact, the tablet called SecuTablet is a modified version of the Samsung Galaxy Tab S 10.5.

The tablet is not intended for use by normal consumers, but rather, large enterprises and governments can order this tablet consistent with CEO John Chen’s plans to turn the company towards a new direction. This tablet project was initially part of a security company called Secusmart which BlackBerry purchased last year.

Secusmart’s call encryption technology, which will enable secure phone calls between employees, has been embedded into the tablet. According to BlackBerry, the SecuTablet is designed to be secure enough for classified government documents.

In addition to working with Samsung, BlackBerry has teamed up with IBM for its new tablet. The tablet uses IBM’s software silos to secure apps like Facebook, Twitter and Youtube. Even if the user downloads a malicious app, it cannot compromise the secure documents stored on the tablet because of the proprietary IBM software technology.