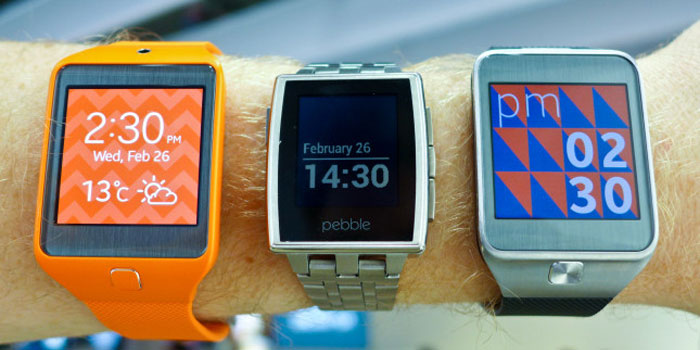 Samsung is struggling to keep their top spot as the biggest vendor of smartphone and keeping their profits up but the company is second to none when it comes to the smartwatch market. According to the latest report from a market research firm Statista, Samsung holds the top spot in the smartwatch industry.

According to the report, the South Korean giant sold a total of 1.2 million smartwatches last year claiming a lion’s share of 17.65% from the market. Samsung was followed by the previous leader and famous kickstarter campaigner Pebble, which came in at number two with 700,000 shipments. 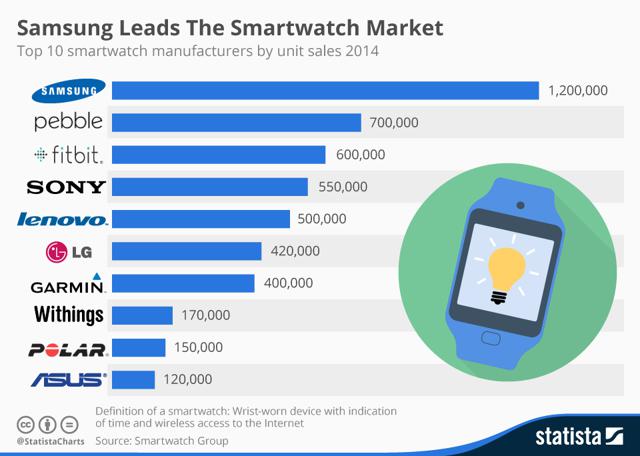 These two were followed by fitness brand Fitbit, Sony and the Chinese giant Lenovo with 600,000, 550,000 and 500,000 shipments respectively to round up the top five smartwatch retailers.

This reports came just a day after Apple released details of its Apple Watch at the company’s recent Spring Forward Event.

Another source has reported further details regarding the Apple Watch’s production and supply. The company is reported to be planning on shipping a total of 3 million watches initially. This report shows a much smaller figure compared to the previous leaked details that Apple ordered 5 to 6 million smartwatches from the Taiwan based Quanta Computer, which started mass production of the wearable earlier this year.

The number, 3 million, is greater than the shipments of the top four smartwatch retailers combined. Such a large shipment means that Apple is confident on the smartwatch space to succeed and dethrone Samsung as the biggest smartwatch vendor in a matter of months. If Apple has not overestimated the demand for its Watch, then it’s clear that The Apple Watch will cause a big splash in the smartwatch market.