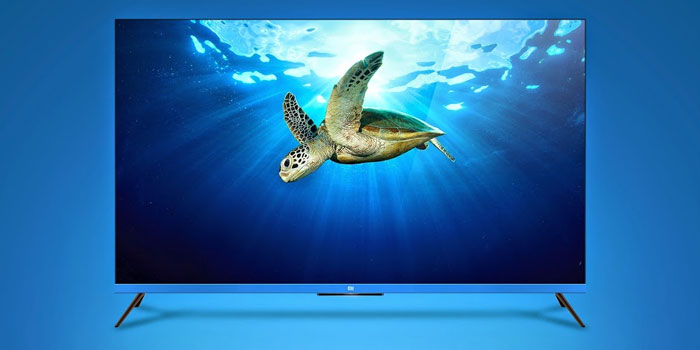 Xiaomi, a brand that has mostly made its name by selling smartphones, has been entering other markets after the success of its smartphone division.

Almost a year after Xiaomi unveiled MI TV 2, its Android MIUI powered 49-inch 4K Smart LED TV for only $645, Xiaomi has come up with a smaller member to the line-up. The company has released Mi TV 2 40”, which is a 1080p version of the Mi TV 2 and comes at an even lower and amazing price of just $320.

The new Mi TV 2 features a LED backlit 40-inch SHARP SDP X-GEN display panel which offers a contrast ratio of 5000:1. The smart TV comes with a quad-core MStar 6A908 SoC based on Cortex-A9 and a Mali 450 MP4 GPU. The internals also house 1.5 GB of DDR3 RAM and 8GB of built-In storage.

The TV’s sound system comes with Dolby MS12 virtual Surround Sound and a H.265 10-bit hardware decoder which helps in playing the common FLV, MKV, MP4, MOV, AVI and many other video and audio formats.

As it is a Smart TV that is powered by Android, you will find Xiaomi’s customized Android based MIUI on board. The UI has been modified for the TV but Xiaomi users will find a lot of similarities between phone and TV user interfaces.

Android helps bring media streaming and gaming to the big screen without the need of any external hardware. The operating system is currently based on Android 4.4 Kitkat but an Android 5.0 Lollipop update has been promised and is already in the works.

Design-wise the TV comes with a minimalistic look with only 14.4mm of screen bezels. The TVs looks and features make it look like a premium device with a hefty cost but Xiaomi’s price tag of around $320 is nothing short of amazing. The 40-inch Mi TV 2 was launched earlier this week.

The only downside of this whole story is that the TV will currently go on sale only in China. However, Xiaomi has promised international release of its TVs with countries in South Asia as the next target