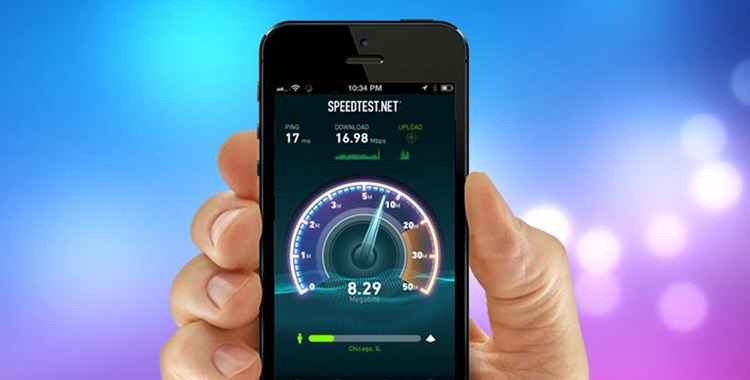 This was revealed by Dr. Ismail Shah, Chairman PTA, during his notes yesterday at a road-show organized by Nokia Networks to demo its 5G, LTE and other network solutions. 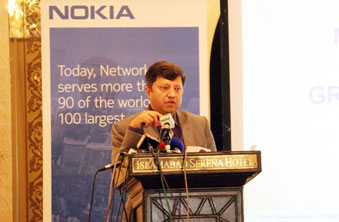 He said that broadband subscriptions in the country reached a remarkable point of 14 million, up from mere 3.7 million just an year ago.

Joachim Wuilmet, Head of Customer Marketing for Nokia Networks, told the audience an interesting observation that in multiple markets the majority of data revenues come from taxi drivers and other low-earners because they use 3G as their only source of internet.

Joachim further explained that LTE networks are considered to be as smooth as fixed (fibre) broadband even in the developed markets, hinting that Pakistani market has tremendous potential for cellular operators who can tap 200 million population with wireless broadband solutions.

Chairman PTA, while emphasizing the potential of data services for telcos, revealed that data revenues are now 25 percent of total telecom revenues, up from 16% before the auction of of 3G/4G spectrum. 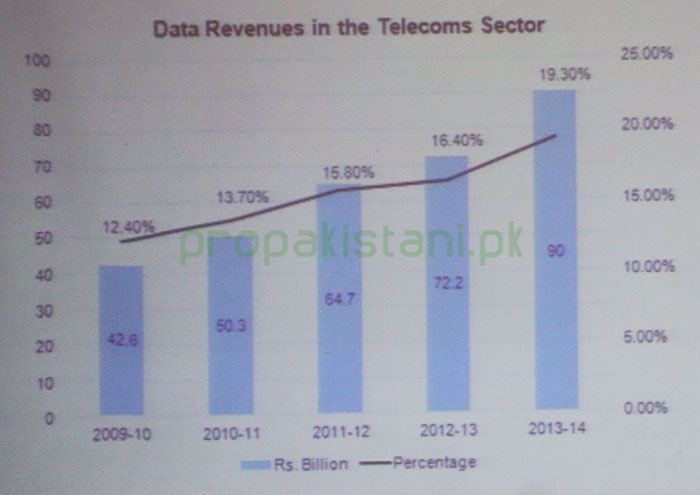 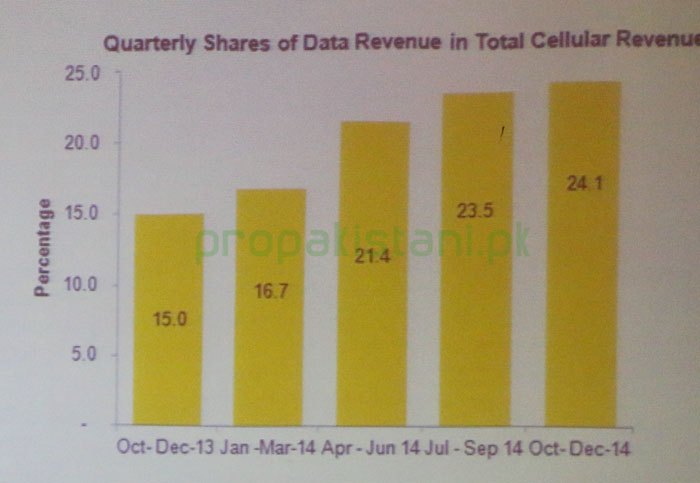 The growth in data revenue shares suggest that telecom operators in Pakistan will soon be able to earn more from data services than conventional telephony services such as voice or SMS.

Industry experts believe that Pakistani audience — mostly comprising of youth — is very receptive for any technology and data services are no different.

Pakistan’s clear hunger for more data means immense potential for telecom operators and a way for them to reap better ROIs in a market which was previously perceived by investors as saturated and dried up place.