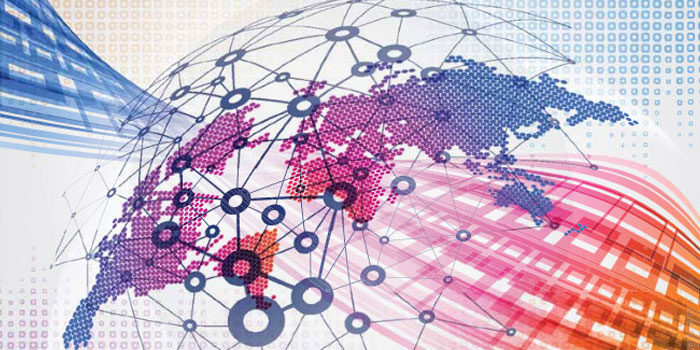 What is the Global Information Technology Report?

For technologists, industry watchers and citizens of a country, World Economic Forum’s Global Information Technology Report holds immense value and is eagerly awaited by investors & decision makers alike.  This report basically outlines how great (or bad) a country is doing in adopting technology in making people’s lives better by investing in infrastructure, economic potential, human resources, competitiveness level and more in order to arrive at its conclusions.

In short, it looks at data from 143 countries, and tracks how far the country has progressed by adopting technology in fulfilling the social, economic, academic and lifestyle needs of its population. This relates to both the private sector and the government’s efforts to invest in technology to enhance competitiveness and economic progress.

Information and Communication Technology (ICT) is important for sustained economic growth and stable job creation, so that the youth of the country are not found without opportunities as they enter the job market. ICT has also revolutionized how businesses are done, cutting down operating costs and time, increasing a company’s competitiveness level across the board and in the industry.

Pakistan’s Global Ranking in ICT over the years

What do these numbers mean for Pakistan over the past 3 years?

The World Economic Forum has placed Pakistan 97th in a list of 143 countries it evaluated for business and innovation environment in its Global Information Technology report 2015.

Lets celebrate the good news first. In a span of just 1 year, Pakistan turned the tables around, rating significantly better than in the preceding years in ICT readiness and progress.

Here are some of the reasons why this turnaround occurred.

There are 30 million internet users in Pakistan now, half of which use their mobile phones to browse the internet according to a report by Ansr.io, a mobile survey company. This puts Pakistan’s internet penetration at 16%. In the last 2 years alone, the broadband subscribers have more than doubled.

Last year’s 3G/4G auction was significant for many reasons. It brought $1.1 billion investment in Pakistan by telecom operators and as of June 2015, the number of 3G users stands at 13 million users out of a population of 182 million.

This development alone has contributed significantly to Pakistan’s ICT ranking this year, a fact that the Global Information Technology Report 2015 considers as well. Startups and entrepreneurs now have a potentially bigger market to tap into since internet access and Annual Cellular Mobile Teledensity has increased, connecting more people, even from far flung rural areas of the country as well as the urban ones.

How Society is Benefiting from Increased ICT ranking

Incubators in the country are funding the most promising projects by entrepreneurs more and more, so that the society as a whole benefit from various applications that are developed for real life use. Savaree, a local ride-sharing app, Print3D, a local 3d printing startup and other homegrown entrepreneurial efforts are bringing in Pakistani solutions to some very common problems faced by a Pakistani here.

The Federal government is also making strides in ushering in an age of e-governance in Pakistan, graduating from conventional manual system to an electronic one. Many Pakistani universities are holding tech competitions more frequently to identify the most promising ideas and people, signaling increased confidence in the country’s budding technology and startup climate.

NADRA also has an online portal to get your Identity Card delivered at your doorstep. An e-challan system to check traffic violations was also adopted in KPK and Punjab. USF also recently approved a project for e-Services in some Balochistan districts. Biometric verification is being deployed for everything from medical purposes, to bank account openings, and even voting as seen recently.

And yes, more IT companies are looking to do business in Pakistan. There are rumors that Chinese and other foreign hardware manufacturers might set up shop in a post-CPEC Pakistani landscape with a business-friendly and stable climate. Haier recently signaled its decision to set up a laptop assembly line, underscoring the fact of the business community’s confidence in the Pakistani marketplace.

There’s still a lot to be done in making Pakistan a globally competitive destination for attracting investment. There’s still miles to go before technology becomes a necessary facet of our lives such as in the provision of services and quick redressal of complaints. The recent decision to increase internet taxes is a step in the wrong direction, something that can also negatively affect Pakistan’s upward trajectory in the global ICT rankings.

After the last few rocky years in Pakistan, WEF’s Global Information Report 2015 comes as a breath of fresh air, with the data backing up the efforts on the ground by the movers and shakers in the Pakistani tech scene. Here’s to hoping that we continue to formulate and implement policies that can make the ease of developing and deploying technology in society more easy and risk-free. And who knows, we might just be able to minimize the levels of brain drain that afflicts Pakistan currently.