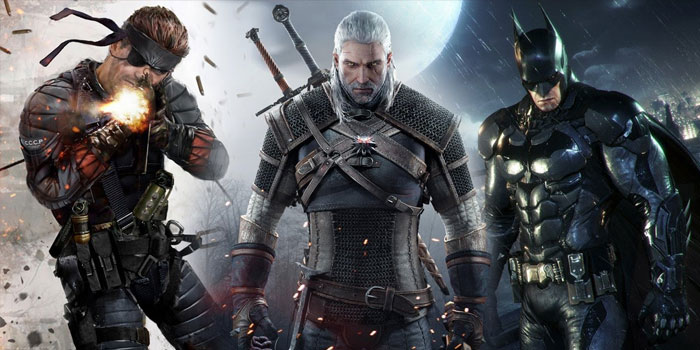 The year is almost over and it has seen some amazing standout video games with fluid gameplay, memorable characters, good storylines and visuals – giving the perfect gaming experience. It can be hard to prioritize when there are so many choices out there. This list will tell you which games got to and remained at the top this year and help you decide what you should be playing right now!

Having sold over 5 million units, The Witcher is by far the most popular RPG (role playing game) of this year on all platforms. It is available on PC, Xbox One and PS4. Even though it wasn’t a proper triple-A budgeted game like its peers, it looks like one and sold pretty well, as proven by the statistics.

The final entry in the Witcher series and bringing the story of witcher, Geralt of Rivia to a close, it takes high fantasy to new heights. He finds himself in dangerous yet picturesque landscapes, there are unforgettable side quests and not to forget, the company of enchanting supporting characters. Geralt is the key to stop the otherworldly army known as Wild Hunt who is after his adoptive daughter Ciri. He has to find her and defeat Wild Hunt to protect her from future harm. It is without a doubt a triumph among action RPGs.

After the grand success of the Batman movie franchise, Batman Arkham Knight, available on PC, Xbox One and PS4, is one of the most sold action adventure game of 2015. This game got a rating of 9/10 from most video game sites. It brings a classic comic icon to life in an exceptional manner, with an elegant design and an amazing continuity during the game.

A conclusion to the Arkham series, it is a slick adventure where Batman faces ultimate threat against the city he has sworn to protect. The game introduces Batmobile to this version of Gotham city and being able to drive this legendary vehicle takes the whole Batman experience to another level. If not anything else, the game is worth playing just for the magnificence of the Arkham story conclusion.

It is available on Xbox One, Xbox 360, PS4, PS3 as well as PC. The main mission, an operation to rescue two captured allies isn’t lengthy but the setting allows diversified play – you can ride horses and vehicles and it’s an open world game unlike every other game in the series – as well as having the most in depth stealth mechanics ever witnessed.

Despite originally launching on Xbox 360 and PS3 in September 2013, Grand Theft Auto V has never been bigger. Available on PS3, Xbox 360, PS4, Xbox One and PC, it has now sold over 54 million units, making it one of the most sold games of all times.

While everyone already knows the huge scope and wide variety that the game brings, the remake of this open-world crime epic has been enhanced and improved to unimaginable heights. Introduced with GTA5 is the GTA Online – which is a dynamic world for 16 players (the other gangsters are real people) designed to evolve overtime, creating a GTA game world.

Mortal Kombat topped that charts as the best-selling game for the first half of 2015 and the best launch sales in 25 years of its history. It’s available on PC, Xbox One and PS4. It isn’t easy for an entirely fighting game to be loved by the masses, but they do.

With its excellent presentation, slick graphics and mechanical richness, it is easy to say that it is more fully featured than the nine before it. Returning characters have likeable variations and eight new characters have been added. The new gameplay not only leads to the most brutal Kombat experience ever, but also new ideas which make the fighter stand out.

Apart from these heavyweights, there are some games which deserve notable mentions. These include Bloodborne – it is the most sold RPG on PS4 and sold over 1.5 million units, which is impressive for an exclusive game.

Then there is Far Cry 4, which has sold over 7 million units. It has amazing visuals, new weapons, plot twists, and new options available in the familiar game play. It also has two endings, so it has re-playable value.

Another game worth mentioning is Battlefield Hardline which has received mixed critical reception but was the best-selling game in March in the United States and debuted number 1 in the UK software sales chart in its launch week.

Lastly, Project Cars is notable for several reasons: after a long time, a racing game has come out that did all the things right. Stunning visuals, good gameplay, a variety of options and challenging: it’s the whole package. Its average rating on the internet is 8/10 and it easily sold over a millions units in its first month.