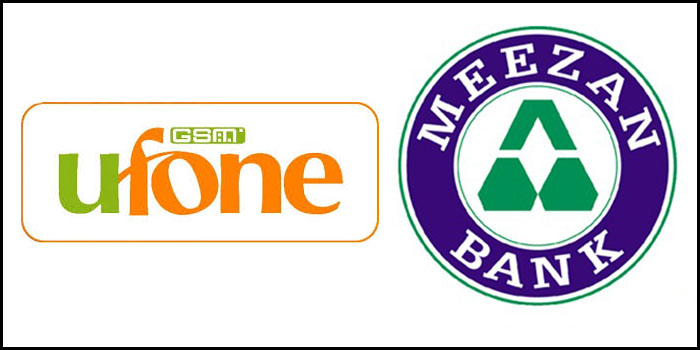 State Bank of Pakistan has given a green signal to the management of Meezan Bank to kick start its branchless banking throughout the country in collaboration with its telecom partner, Ufone.

Sources in the banking industry told ProPakistani that Meezan Bank and Ufone are all set to launch its branchless banking commercially across the country in next coming weeks with a service brand name “Meezan Upaisa”.

The central bank has reviewed operations of the branchless banking companies in the testing period of pilot project which was termed as successful and resulted in issuance of license to banking company, which is the largest Islamic Bank in Pakistan.

Meezan UPaisa service will be launched soon with 10,000 point of sales in 500 cities/ districts/ tehsils

In the span of testing phase, the bank has processed 15,000 transactions of various values on the account of home remittances, G2P, utility payments and others. These transactions were mainly carried out in 100 cities/ districts/ tehsils through 1,000 retail agents.

As the central bank has given the go-ahead signal, the collaboration of two companies, Meezan Bank and Ufone see the launch of the service commercially very soon through 10,000 point of sales in 500 cities/ districts/ tehsils.

Arshad Majeed, Group Head of Payment, is leading a project from Meezan Bank, on the other hand, Noman Azhar, is heading the project from Ufone side.

Meezan Bank signed with Warid to launch its branchless banking back in 2013 but Dubai-based carrier preferred to work with its its sister organization, Bank Alfalah Limited and finally obtained a separate license later in the same year which paved the way for its entry in July 2014.

Later in 2014, Meezan Bank signed a strategic partnership with Ufone which also included the introduction of Islamic Branchless Banking in Pakistan.

With the launch of first Islamic Branchless Banking in Pakistan, Ufone will have an edge over its rival operators partnering with two banks, that is, U Microfinance Bank and Meezan Bank. The number of products and services will be diversified based on Sharia compliant especially saving accounts and insurance products.

The collaboration of Ufone will bode well for Meezan Bank to penetrate in the rural area through branchless banking not only for attracting funds through services and saving products but also to promote Islamic banking to the society which is conservative to use banking channels for their financial needs.

In other words, Ufone is stepping partially into fast paced Islamic Banking Industry of Pakistan which is being supported by the government and the central bank in the country.

But the competition will be getting stiff not only with existing market players but with the addition of more banks like JS Bank and Bank of Punjab, who have queued up to launch their services in the near future.