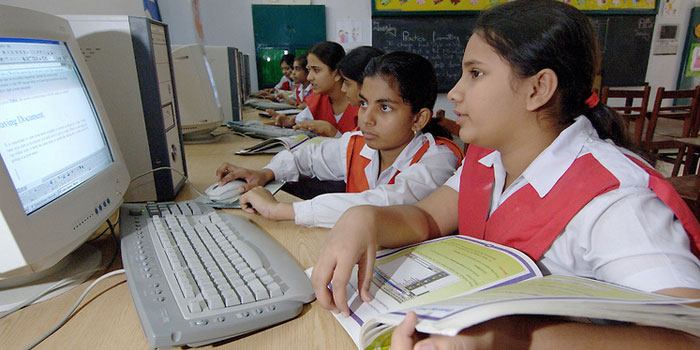 Ms. Anusha Rahman said that in this age of innovation and technological advancement steps should be taken such that the benefits of ICT reach girls & women. She stated this during her speech after the inauguration of a newly constructed ICT block in Lahore College for Women University.

The minister said that with the addition of an exclusive state of the art ICT block in the university, girls would be getting technical knowledge in an institutional environment. She emphasized that along with the students of the IT department, the students of the other departments should also take advantage of this opportunity by taking base IT & Computer courses. She advised the university administration to introduce IT courses for the non-IT students as well as because Information Technology has assumed a pivotal role in every sphere of life.

The minister hoped that the new ICT Block would not only be a center of excellence in Information & Communication Technologies but also work as an incubation centre for young entrepreneurs. This phenomenon will lead to women empowerment, she continued.

The Minister of State also advised the university administration to make the ICT Block a center of high quality research and innovations on par with international standard. Public-Private Partnership would be a best option to achieve this goal, the Minister added.

She further stated that the government is working on a special project of ICT for girls where computer labs would be established for girls of unserved /underserved areas. They will be taught how to code so that they can earn an honorable livelihood.

Prof. Dr. Uzma Qureshi, the Vice Chancellor of Lahore College for Women University, Lahore traced the tremendous contribution of the institution in the empowerment of women through education and expressed her resolve to open the doors of I.T and modern knowledge upon the future builders of Pakistan, the young women who will be able to become entrepreneurs and contributors to the knowledge based economy of the country.