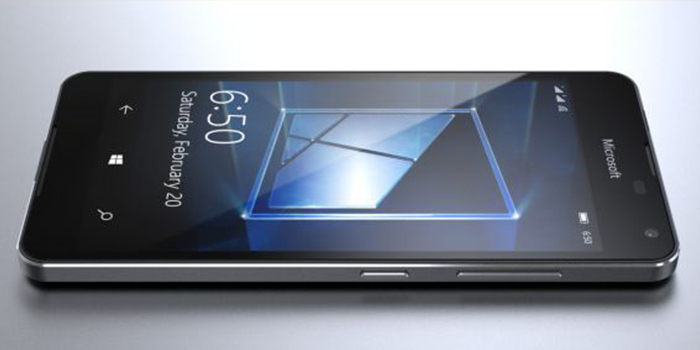 With support for Windows 10 Mobile coming rather slowly to mid-range, budget phones, at least here’s another addition to the list of phones that run on Microsoft’s Windows 10 Mobile and are cheaper to buy. The Lumia 650.

The phone sits a bracket above the Lumia 550 which was announced a while back but failed to evoke many emotions. The phone has a slightly premium touch to it with an aluminum frame, though, the typical Lumia touch is retained with funky back colors.

The front has a spacious 5” AMOLED display with 720p resolution, which Microsoft calls its best under this price point.

Under the hood, you get a quad-core Snapdragon 212 processor, which is decidedly mid-range and only marginally better than the 210 on its sibling. Coupled with it is a paltry 1 GB RAM and 16 GB expandable storage.

Connectivity options are decidedly rich, beginning with Cat.4 LTE, NFC and Bluetooth 4.1, and ending with GPS with A-GPS and GLONASS.

The phone will be available in two colors: Black and White, along with further back panels at launch. Pricing is set at $199 while retail availability begins in the coming few weeks.