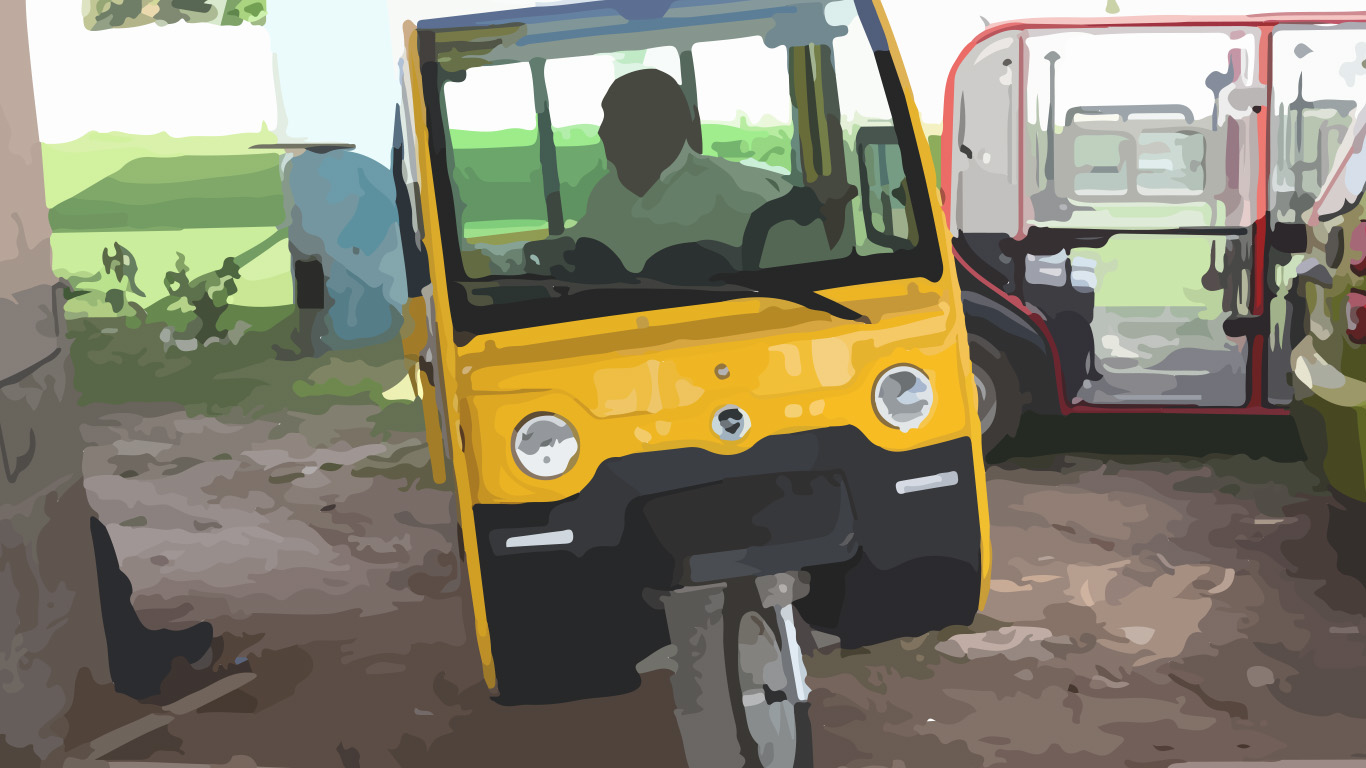 Electric vehicles are gaining traction globally. The lack of noise, cheaper prices and environment friendly nature of such vehicles are the features which have helped electric vehicles in the otherwise fossil-fuel dominated vehicle market. Khyber Pakhtunkhwa will soon be getting electric rickshaws to improve the environmental state of the province.

Electric rickshaws are smaller and sport a sleeker design. Coupled with a silent, pollution-free electrical motor and fast acceleration, these rickshaws offer what polluted and congested cities require.

These E-Rickshaws, as they are being called, is considered to be the transport solution for KPK. Silent and better looking vehicles would definitely be a good addition to a Pakistani transport system. Once the rickshaws are approved by the KPK government, people will be able to buy them and drive throughout the province.

Peshawar is the world’s sixth most polluted city with an average air pollution of 17PPM (particles per million) and a consistent noise level of over 85 decibels. Both numbers exceed the World Health Organisation’s (WHO) standard limit by far, according to the Environment Protection Agency (EPA).

Rickshaws are a major form of transport in cities like Peshawar and the rest of the KPK. There are about 13,000 registered rickshaws in Peshawar alone. According to Regional Transport Authority Secretary Naimatullah, the total number of rickshaws, registered and unregistered, in the city are over 50,000. Most of these run two-stroke engines and are a major contributor to air and noise pollution. According to VETS, one-fourth of all tested vehicles fail to achieve the standard noise and gas emission standards.

With no petrol or CNG requirement in E-Rickshaws, they are better for the environment and require minimum maintenance. These rickshaws will be assembled in China and Japan. The transport department has already approved the vehicles as safe for travelling. With increasing incidents of gas-cylinder explosions these rickshaws will most certainly be welcome by drivers and commuters.

Currently, drivers with a permit can get a normal rickshaw for about 300,000. In comparison, electric rickshaws will cost about 240,000, a much more cost-efficient solution. Couple that with no fuel requirements and you save yourself from another headache. Manufacturers say that the vehicle has been developed with low costs in consideration. Due to a low maintenance expenditure, these rickshaws can work in rural and urban areas.

Furthermore, the government is also planning to launch an electric mini-cab and electric loader.

These rickshaws can be charged from any normal power outlet, similar to other power appliances. Rickshaw’s battery charges to 80% in just two hours, however, a full charge takes seven hours. Loaders are said to charge even quicker.

Electric rickshaws can carry up to three or four people at a time. Mini-cabs can carry even more, up to five. Electric loaders come with a driver’s seat, a passenger’s seat and an open compartment for luggage.

A rickshaw which has been charged up to 80 percent can be driven for a distance of 50km. In addition to that, these rickshaws will be issued a free special route permit for one year. The mini-cab is said to cover a distance of 150kms while carrying the passengers.

The mini-cab and the rickshaw will come with a 14-month warranty for the battery while the loader gets an even longer 18-month warranty. This should ensure the buyers that they can be worry-free for more than a year after buying the vehicles.