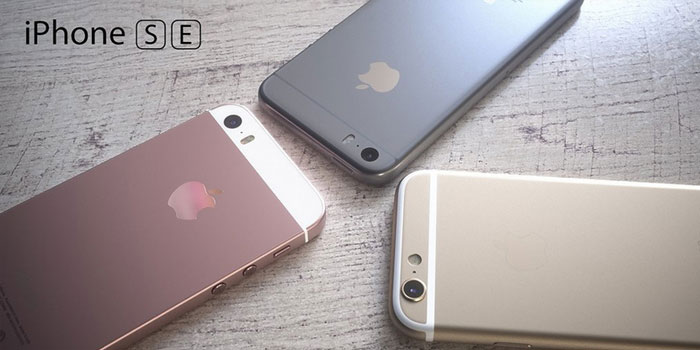 Apple recently released an iPhone SE, marking a radical departure from its previous practice of releasing a phone with an increased screen size.  A lot of people desired an iPhone like the 5S and Apple eventually fulfilled their demand. The iPhone SE comes with a 4-inch screen, decent processing power and photo capturing abilities. Let’s go through some of the best features which will make it the perfect phone for you.

A lot of people have small hands or they simply prefer to use smaller phones which can be easily used with one hand. Yes, there are plenty of such phones in the market but they offer mediocre hardware. Some Android OEMs do sell high-end small phones that are perfect for one-handed use, but there’s no option for those who like an Apple device, until now that is. iPhone SE is perfect for those people as it has a small screen and decent sized physical dimensions (123.8 x 58.6 x 7.6 mm) and an acceptable weight of only 113 grams.

The iPhone SE comes with a full metal design like the 5s. There is simply no other high-end or even a quality low-end smartphone out in the market which offers a premium full metal build and a small size. While Apple’s bigger iPhones faced the heat when the Bendgate scandal gained notoriety, the smaller iPhone doesn’t have such problems due to the smaller size. If you like metal phones or simply preferred the design offered by iPhone 5 or 5s, then the SE is definitely for you.

There’s not much to say here. iPhone SE comes with a dual-core A9 chip, 2GB of RAM and a PowerVR GT7600 GPU. That’s more than enough to meet a user’s any requirements. It can run all games and apps without hiccups. The phone can even record and play high-res videos. Coupled with a fast operating system that takes advantage of the hardware onboard, and you don’t have anything to worry about for a few years.

The iPhone SE comes with a 12MP camera unit with f/2.2 aperture and it can record 4K Ultra HD and 1080p videos. There’s an option to record 240fps slow motion videos as well. The sensor size may not be big and there might not be OIS, but that’s to be expected from such a small sized phone. The front camera can take 1.2MP pictures and use the screen for well-lit selfies.

The smartphone is the cheapest Apple smartphone to date and it could also be one of its least profitable ones. You can get the 16GB model for $399 (approx Rs. 41,800) or the 64GB one for $499 (approx Rs 52,300). Even though the 16GB one is more or less useless due to low storage, the 64GB model is still far cheaper than the bigger sized iPhones.