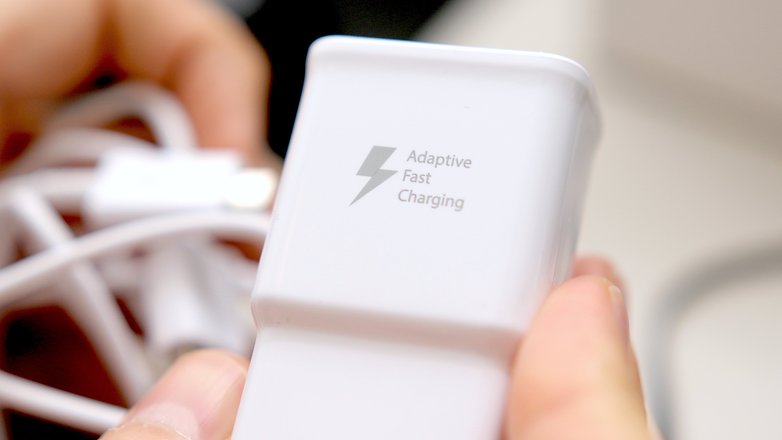 When watching adverts or promotional videos about a shiny new smartphone, you may often notice the words fast charging or quick charging mentioned. The ads often say that the phone can give you “x” hours of usage with just 10 or 15 minutes of charging. What’s so special about it? How do they manage to do it? Here’s the lowdown.

What is Fast Charging?

Simply put, the fast or quick charging tech in Smartphones allows the phones to be charged up to a certain point faster than usual, without damaging or decreasing the phone’s battery life, and after that point it charges at normal speed until the phone gets fully charged.

Different phones have different thresholds for fast charging, but most of them fall in the range of 50-75% of charge until they switch to lesser power for charging.

They reach this threshold fairly quickly with most managing 50% of charge in just 15-20 minutes which can let you use your phone for several hours.

This feature is handy for everyone, because at some point we have had just a few minutes of time to charge our phones especially when heading out and not having a power outlet or car charger available.

The phone manufacturers design the circuitry connecting to the phone’s battery in a certain way to allow more power into the battery until a certain level is reached.

Each manufacturer has its own specific fast charger or quick charger designed for their phones but the phones themselves aren’t limited to their own brand of chargers for quick charging to work.

Using the phone’s own brand charger is recommended in most cases as the voltage and amps allow for them to be charged as fast as they can, which will not be possible with a slightly different set of values for volts and amps.

Samsung uses its own proprietary “Adaptive fast charging” for the flagships. The Galaxy S6, as tested by the folks at DROIDLIFE shows that it charges upto 32% from just 5% of charge in 15 minutes and upto 76% of charge in 40 minutes, suggesting that it also uses similar threshold criteria mentioned above.

The Galaxy S7 and S7 edge do not use the company’s adaptive fast charging, and use Qualcomm’s Quick Charge 2.0 instead.

Using certain Snapdragon-powered devices with a Quick Charge certified power adapter and any USB connector, including Type-C, you can refill the battery of enabled devices up to 4X1 faster than with conventional charging.

Only Qualcomm’s Snapdragon SoC’s are compatible with this charging tech. LG G5 is mentioned on their website as being Quick Charge 3.0 compatible and being able to charge up to 80% in 35 minutes which is pretty close to what Samsung gives with their “Adaptive fast charging”.

Oppo also made headlines with its own fast charging technology. Dubbed “Super VOOC Flash Charge” the company promises it can charge your phone from nothing to 100% in 15 minutes.

They backed it up with a demonstration at their MWC booth in Barcelona this year. Although the 15 minute full charge windows applies to a 2500 mAh battery, its still a major improvement compared with other fast charging technologies.

It combines a new “low-voltage pulse-charge algorithm” with a customized battery, adapter, cable and connector. While microUSB and USB Type-C interfaces are supported, you’re going to need the whole setup to benefit from the super-fast charging.

Mediatek isn’t far behind, they have announced their new Pump Express 3.0 fast charging tech which will be be released alongside the Helio P20 chipset phones later this year.

It claims to charge your phone to 70% in 20 minutes. Compared with Samsung’s or Qualcomm’s offerings it is indeed much faster than the competition, but since battery capacity wasn’t mentioned, we have to wait for some actual field tests.

The overheating issue associated with fast charging would not be much of a problem with Pump Express, as it uses something called “Direct Charging” which supplies the current directly from the charger to the battery and bypasses the phone’s circuitry to do so.

Fast charging is becoming the trend nowadays, at least in the rest of the world. The biggest problems with smartphones were the small usage time they allowed.

Compared with the older phones they didn’t even come close to the usage time they could give, lasting several days at a time. Fast charging partly solves the problem by giving you less down time instead.

The phone may become warmer when being charged rapidly which may be a concern for some, as heat can decrease a phone’s battery life, but users claim that it does not affect it much.

A true solution to the charging woes of today would be to use power banks which give you true portability and don’t keep you tethered to the wall socket. Quick Charge compatible power banks are available and other fast charging power banks are also a viable option if you’re looking for one.