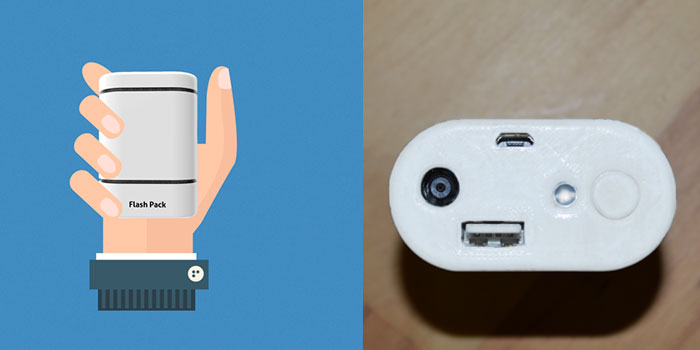 Tired of your phone running out of battery just before an important phone call or Skype meeting? Abdullah Soomro, a 23 year old entrepreneur from Pakistan, has invented a power bank called ‘Flash Pack’, which charges up completely in just 14 minutes from any standard laptop charger. Just in under quarter of an hour, this charger packs up enough power to last for one and half charge of an iPhone 6S, making your Mobile devices truly Mobile. Flash Pack is currently under development with a fully functional prototype and will be shipping to early backers by June 2016.

Flash Pack addresses a very important issue when it comes to charging devices directly from a wall socket or from power packs – the amount of time consumed. Battery banks charge at the same speed as your phone would take to charge, adding convenience but killing the purpose of saving time. Flash Pack’s Patent pending technology overcomes that problem by making charging fast, efficient and convenient for people who rely on heavy smartphone usage and are always on the go. 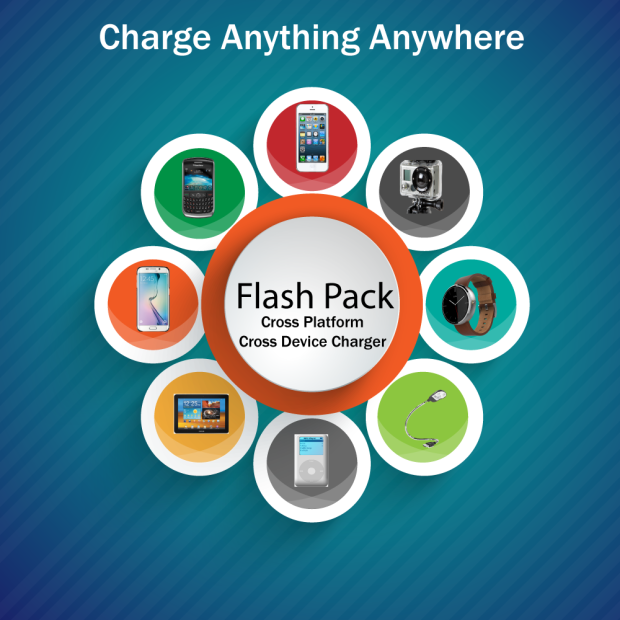 Abdullah Soomro, the founder of Micropower Labs, graduated from one of the Best Engineering Institutes in Pakistan, GIKI and is also the designer of Pakistan’s First Gravitational Water vortex turbine. He has won several awards to date, including the National Young Innovators award from Pakistan Innovation Foundation and National Technical Speaker Award (SoFE) from IMechE Pakistan.

Talking about the inspiration behind this idea, Abdullah said that even in this modern age of technology, one has to plug in devices for hours to charge fully, which means productivity is limited to the distance from a wall socket. Abdullah first started working on this as a hobby, but when he discovered that no such product existed in the market, he decided to turn it into a full time development project.

“Flash Pack is small, it’s handy and easy to carry around and charges in a flash – just under quarter of an hour.” Says Abdullah. “The product has been designed keeping in mind our hectic and happening life these days. This is no ordinary power bank – it can be used to charge anything that comes with a charging cord – your smartphones, tablets, flashlights and more. We have an experienced team already working on adding more enhancements and features to Flash Pack.”

Abdullah is part of the third cycle of incubation at The Nest i/o, a project of [email protected] with global partners Samsung and Google for Entrepreneurs and a supporting grant from the US State Department. Earlier last year, he was invited to Chile for a program called Start-Up Chile, where he received seed grant to fund the development of Flash Pack.

After 6 months of intense testing, development and several prototypes, he is ready to launch the product through a crowdfunding campaign on Indiegogo. Abdullah is looking to raise about 30,000 USD to fund the initial tooling and manufacturing for the first batch of Flash Pack, and with manufacturers in China already up to speed on the manufacturing plan, Flash Pack will reach all early backers in June 2016.

You can pledge your support for Flash Pack through Indiegogo.