The combined user base of mobile companies registered an unprecedented decline in May 2016 for the first time since the Bio-metric Verification System (BVS) last year.

Mobile phone users in Pakistan reached 133.02 million at the end of May 2016, after five mobile phone companies added a combined user base of 824,903 customers during the reported month, said the data released by Pakistan Telecommunication Authority (PTA).

While there has been a downward trend in new sales for a while now, May 2016 recorded lowest number of new cellular subscriptions in a month during past 12 months.

Experts are saying that this could be the sign (for saturation) and despite the fact that negative growth in May 2016 could be due to data clean-up, telcos should get used to of seeing low sales figures during months to come.

This also calls for a strategic policy shift in how telcos generate revenue, i.e by relying more on data and less on voice.

Not to be mentioned, telco’s only product till now has been the “Price” and that’s  how they have won customers from the competition over the years. They are in fact still doing the same.

Only substantial addition in revenues — for some operators came through mobile financial segment, but time has come for them to expand the pipe and include services and value addition through data services to generate more money.

Back to customers’ data, Mobilink is still leading the charts with 38.99 million customers while Telenor is closing in the gap with 37.45 million subscribers.

It appears that Telenor won’t get any chance to cross Mobilink as the market leader is all set to grab Warid’s 11 million customer to widen the lead to a point where Telenor will lose hopes for becoming number one player for a decade at least.

Warid has a total of 11.11 million customers. 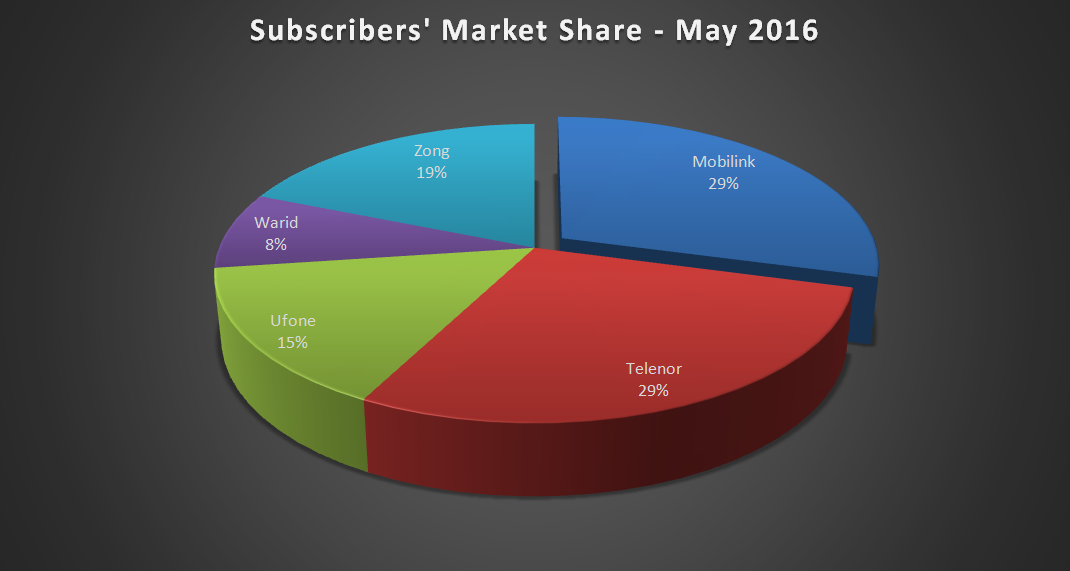 Data shows that the number of 3G/4G users in Pakistan reached 29.74 million by the end of May 2016 as compared to 28.67 million in last month, showing a reasonable growth in modern mobile broadband services with each passing month. 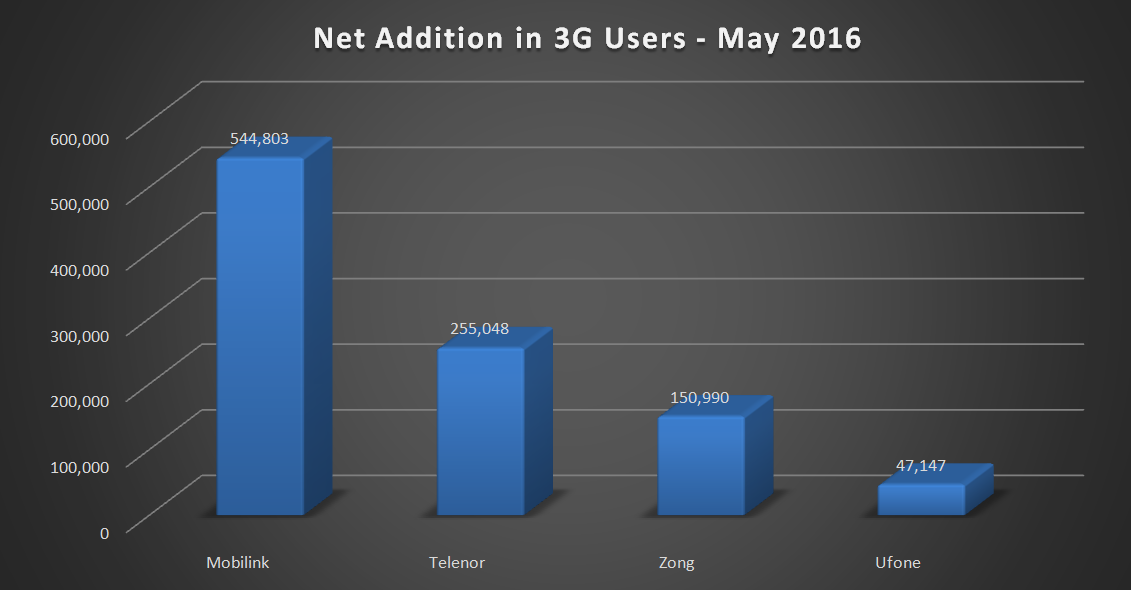 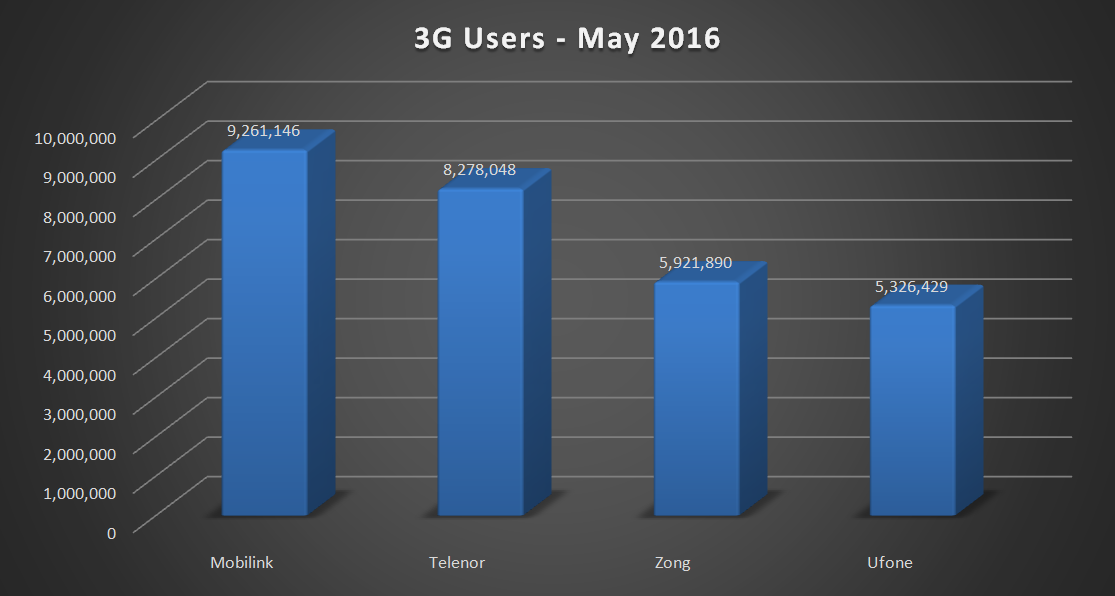 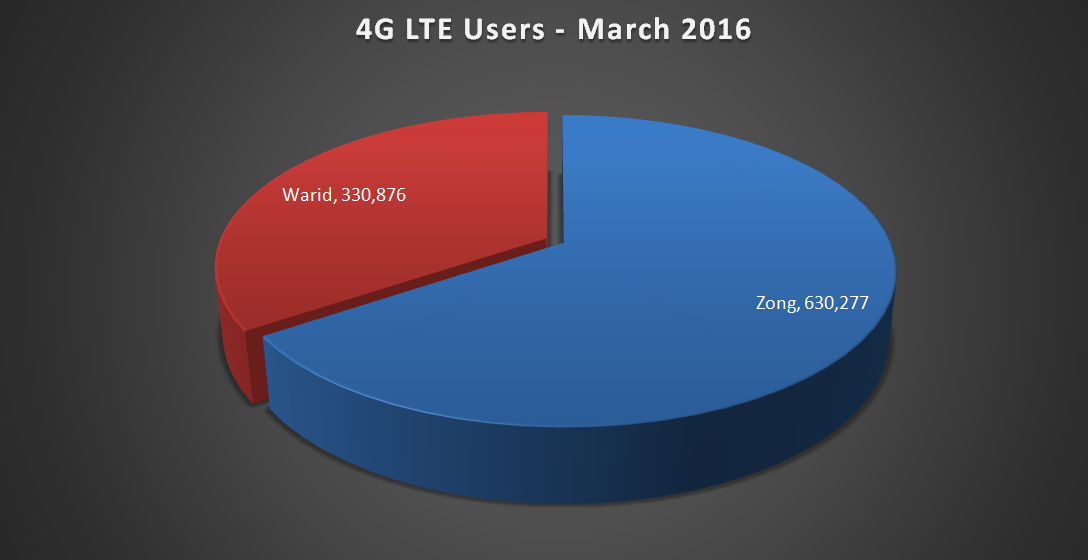