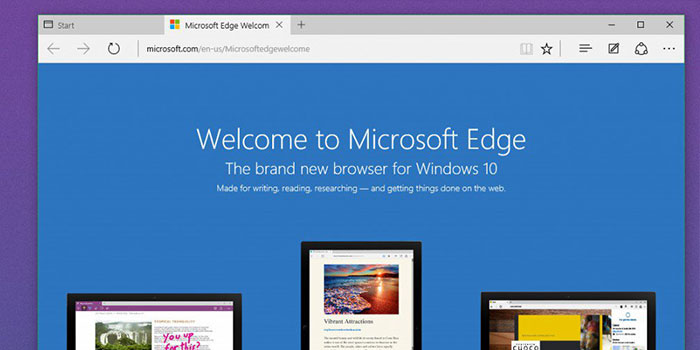 Chrome’s memory hogging has been rather well documented by now and Microsoft is now more than keen to show why you should be using its new Windows 10 browser, Edge, instead. The company has released a video comparison of all the mainstream browsers and how they affect the battery life of a laptop, in this case, a Surface Book.

The Surface Books ran streamed video wirelessly from the internet, running the four most popular browsers out there: Mozilla Firefox, Microsoft’s own Edge, Google Chrome and Opera. The results are exactly what you’d expect from a sponsored battery test.

Chrome, the most-used web browser in the world, streamed video non-stop for only 4 hours and 19 minutes. The next competitor was Firefox with 5 hours and 9 minutes. Opera (battery-saving mode) came next with 6 hours and 18 minutes’ worth juice.

Unsurprisingly, Edge won the competition, lasting 7 hours and 22 minutes which is a sizeable distance ahead of the rest of the pack. It also pulled the least amount of power from its CPU, GPU and Wi-Fi, pulling just 2.1W, compared to 2.8W for Chrome, 3.2W for Firefox and 3.1W with Opera.

There are further changes down the road with the upcoming Anniversary birthday, which is said to bring enhanced power-efficiency, extensions and decreased CPU cycles.

Of course, the test is highly unrealistic (and something of a one-hit wonder) as, decidedly, not all people spend their entire day streaming videos off of Netflix. However, if the same differences spill down to other activities as dramatically as this one (and it does promise lower overall performance based on data from “millions” of Windows 10 PCs), at least some people could likely be to be persuaded to migrate to a much faster Edge.