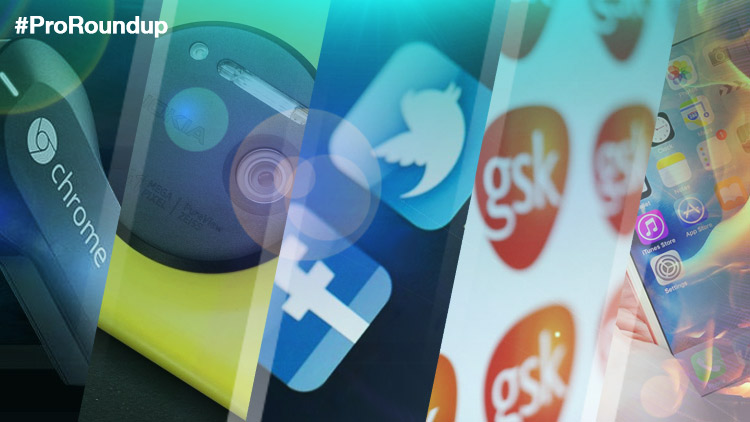 Google and GlaxoSmith Kline are forming a new company to create bioelectronic medicine. Galvani Bioelectronics will focus on creating electrical implants to treat diseases. The size of these implants would be at most equivalent to a grain of rice. Read more here.

A Sydney based man has suffered third degree burns after his iPhone exploded following a fall from his bicycle. The phone, which was in his back pocket, started emitting smoke and exploded after the fall. Lithium.batteries are vulnerable to physical impact, which can damage the separators keeping different parts of the battery from each other. Read more here.

Youtube stars are pretty loyal to the platform since it offers unparalleled returns via ads and sponsored clips. Facebook and Twitter are planning to change that by offering sponsored videos and up to a 70% cut of the revenue. Expect these services to become available to individuals within the next few months. Read more here.

Creator of PureView Tech is Back at Nokia:

Juha Alakarhu, the mastermind behind PureView technology that was used in the Nokia 808 and 1020 devices, is back at the company as the imaging head of Ozo Team. He will work on virtual reality and leaves a job at Microsoft to rejoin Nokia. Read more here.

Quip, which is a word processing app founded by the ex-CTO of Facebook, has been acquired by Salesforce for a staggering $750 million. The company itself was very lucrative to investors and raised more than $45 million not long ago. This should probably be a lesson to anyone who says new entrants to established giants are a waste of time. Read more here.

Pokemon GO has hit the twin milestones of 100 million installs and $10 million revenue per day. This all in less than one month. Interestingly, this hasn’t had an impact on the revenues of other top games like Clash of Clans and Candy Crush Saga. Read more here.

The Chromecast got an affirmation of its popularity when it was revealed that it had hit 30 million in lifetime sales with 5 million of those coming in the last two months. The cheap streaming device is simple to operate and is popular locally as well. Read more here.