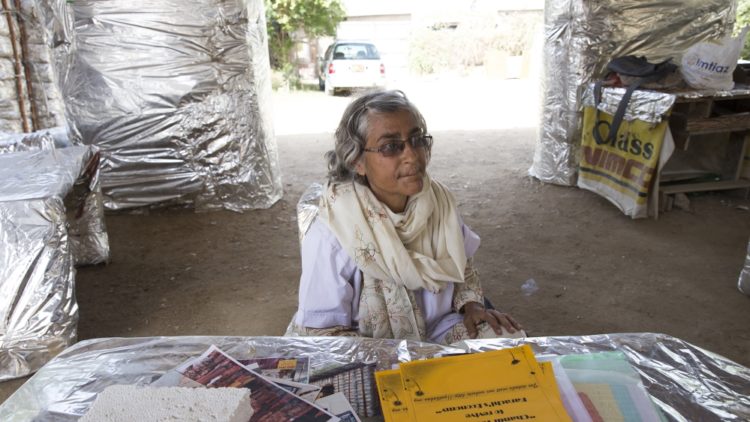 Did you know that Karachi generates about 12,000 tonnes of rubbish every day? And that the civic authorities think that the best response to it is to burn it all away? Not only is it an unsustainable way to remove trash, it also contributes significantly to pollution.

Nargis Latif used to get angry at this. She had ideas about how to use this waste to make the world a better place. So instead of just sitting around and cursing the fates, she decided to do something about it.

Nargis Latif got the idea to make use of plastic and other materials that people threw away in the trash, to build solid, viable and livable homes for people.

Latif started the Gul Bahao project in 1994. The project, whose name literally translates to ‘flow the flowers’, recruited a team of like-minded environmentalists like Nargis, who started to research the various ways for building homes out of anything they could find.

Her team started initially as a 70-strong ‘army’ of boys who helped her collect plastic as well as fruit and vegetable peels and more from Karachi’s dumps.

It wasn’t just homes that her team was interested in making. They also made water reservoirs, fodder for livestock and even instant compost for plants.

After much hard work and sacrifices, Nargis and her team made homes for many unfortunate people. Recently they were used for family members of patients at Civil Hospital Mithi in the Thar district, an area notorious for its drought-like conditions and poverty. 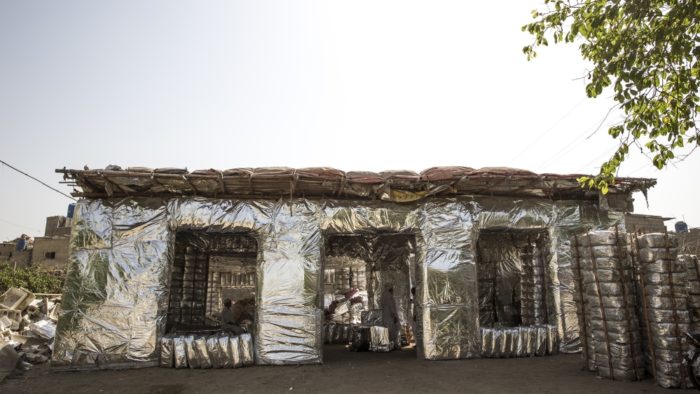 A Chandi Ghar from Gul Bahao

They were also used in the aftermath of the devastating earthquake that hit Pakistan in 2005. Chandi ghar, a type of shelter developed by Nargis and her team, was made 150 times and delivered all over. These mobile homes are sturdy, airy and can even be used for wedding banquets!

Part of the reason why Gul Bahao has become successful is because it has not restricted its expertise to shelters only.

The project also delivers mobile, foldable toilets that have proven to be good for use in long-distance travels as well as villages that don’t possess sufficient facilities. They have proven potent in combating the rising levels of open defecation in Pakistan.

And then there’s instant compost that can help in agriculture. Water reservoirs have also been created by the Gul Bahao team, another plus for areas that need to store sufficient water supplies for a rainy day. 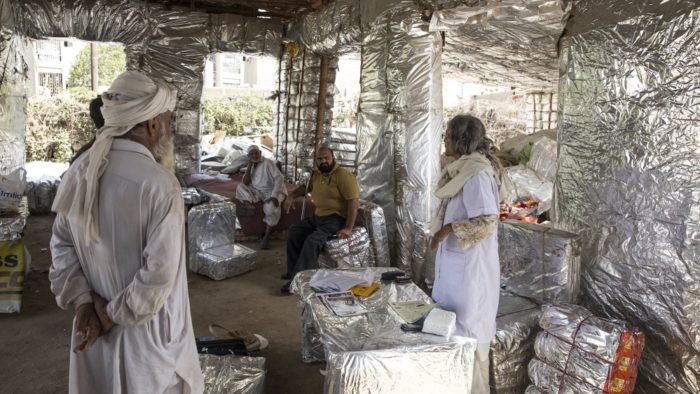 The project also delivers chairs that retail for as low as Rs. 70. And the shelters? Rs. 300-400 apiece, making them immensely affordable for anyone.

Nargis states that her project is strictly research-oriented and that she’s not in it for the profit or the fame.

She states that by not burning the garbage, her project helps provide housing for the needy as well as do a lot in combating climate change and pollution.

The funding for Gul Bahao is handled by Latif herself or via grants that she has received along the way. The biggest challenge she faces is in convincing people that her construction material is clean. She believes it’s a perception that needs to be changed via education and awareness, since the plastic she uses is one that confectionery factories produce to wrap their products in.

Nargis Latif’s inspiring tale is an example of the sacrifices that even a seemingly common people can take to help others. Often, these people are the only hope that the disadvantaged and the poor have and it has to change.

Her journey has not been easy and it deserves our support now more than ever. To know more about her venture and how you can help her, head here.