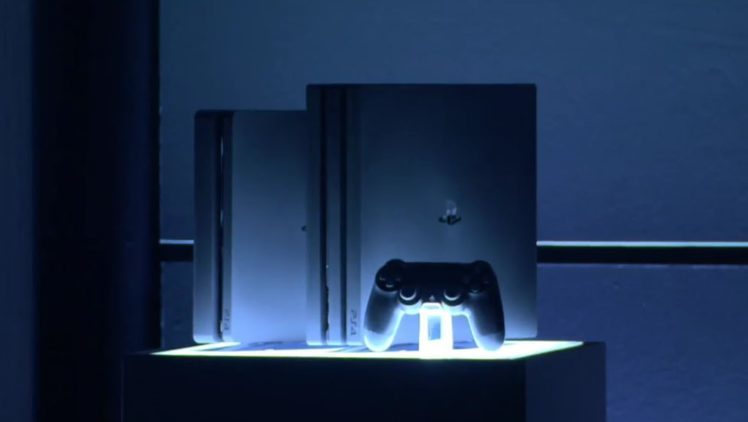 The wait is finally over. Sony announced new consoles yesterday at the PlayStation Meeting in San Francisco.

Sony has finally lifted the curtains off the highly-anticipated PlayStation 4 upgrade, the PlayStation 4 Pro. The newer, upgraded console comes with better graphics and the ability to play games at 4K resolution as well as supporting HDR (high dynamic range).

An upgrade to the existing PS4 was also announced. The new, base PS4 model is slimmer with a simplistic design language (which some may find ugly) and will be replacing the original PS4 as the new base model.

Unlike previous generations, Sony (and even Microsoft) have decided not to wait 7-8 years to upgrade their gaming consoles. This new change is supposed to be a much needed upgrade for the PS4 which seems outdated when compared to current gen gaming PCs.

The PS4 Pro comes with an upgraded GPU over the original PS4, allowing it to output 4K and HDR video, a highly-anticipated feature. It also comes by default with a 1 TB hard drive and a boosted CPU clock rate.

Here’s some gameplay footage to get the ball rolling:

The two different consoles will play the same games and will not have any exclusives for them. Meaning you can play older PS4 games on the PS4 Pro and the newer games on the older PS4.

Original PS4 consoles and the newer PS4 consoles (slim ones) will also get HDR support in an upcoming update so there’s something for everybody.

Here are the pricing and release details:

Do keep in mind that these prices will be subject to taxes and retailer margin when the consoles arrive in Pakistan.