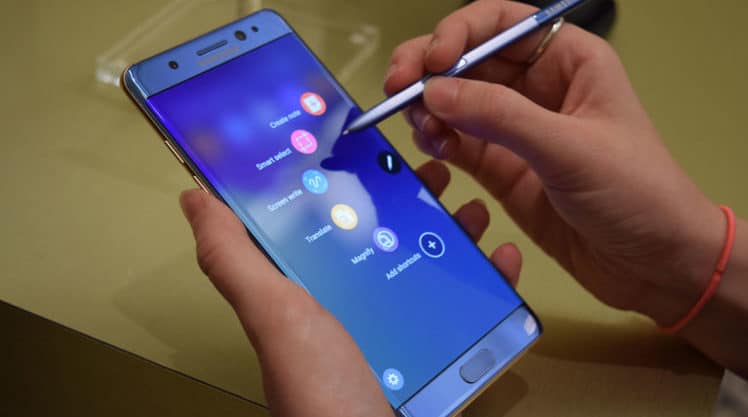 With the dust regarding its flagship now settled, Samsung is ready to start anew and prepare for the second launch of the Note 7 as if nothing out of ordinary ever happened.

The Korean giant is ready to make up lost ground starting from its home market of South Korea, where sales will be resuming on October 1st, 2016, the company announced in a press release. Other markets will follow soon with respective ad campaigns shortly after.

With the new iPhone just hitting the markets, Samsung still has an opportunity to regain some of the lost share.

In Pakistan, the phone was about to see an official launch, which was then delayed following the battery issues and the worldwide recall. The phone’s new launch date in Pakistan is still unknown, however, watch this space for any developments on the story.

It is clear that the path will be far from a straightforward one. Already, countless reports have emerged of overheating replaced Galaxy Note 7 models, with at least one such instance of catching a fire, which Samsung was quick to attribute to causes other than battery. Also, some Note 7 models were slated to have huge battery drains, though that was probably related to a software issue.

While these issues can be minor ones in a vast sea of phones, the damage done to Samsung’s public image is difficult to gauge right now. At least in recent history, such a precedent hasn’t been set rendering the assessment of damages highly difficult.

We have already detailed ways of making sure that your shiny, new Note 7 is safe for usage here. These means include both the ones on packaging and ones online. Knowing these tips is necessary to ensure your own and others’ safety.