Despite the government’s efforts to leverage information and communication technology (ICT), Pakistan has failed to make any significant strides in the Global Information Technology Report (GITR) 2016. The country ranked at 110 out of 139 countries and got a score of 3.4 out of 7, well below the median of 4.83.

Singapore topped the list followed by Sweden, Finland, Norway and the United States. Bangladesh ranked at 112 while India was 91st on the list.

The report, which includes the latest iteration of the Networked Index Report (NRI), assesses a country’s ability to leverage ICTs for increased competitiveness and well-being of the population. It measures the environment and determines if a country is well positioned to take advantage of the digital revolution.

As you can see below, among 10 major metrics, affordability was the only one in which Pakistan had a good ranking. In most metrics, our country is behind the average scores for low to middle income countries. 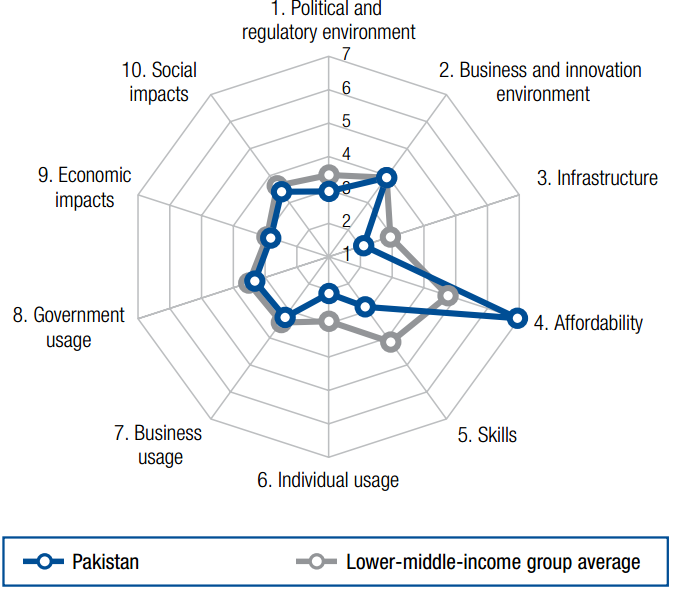 Here’s a more breakdown of the scores. If you want more detailed look at Pakistan’s performance, simply head to the report linked at the bottom of the article. 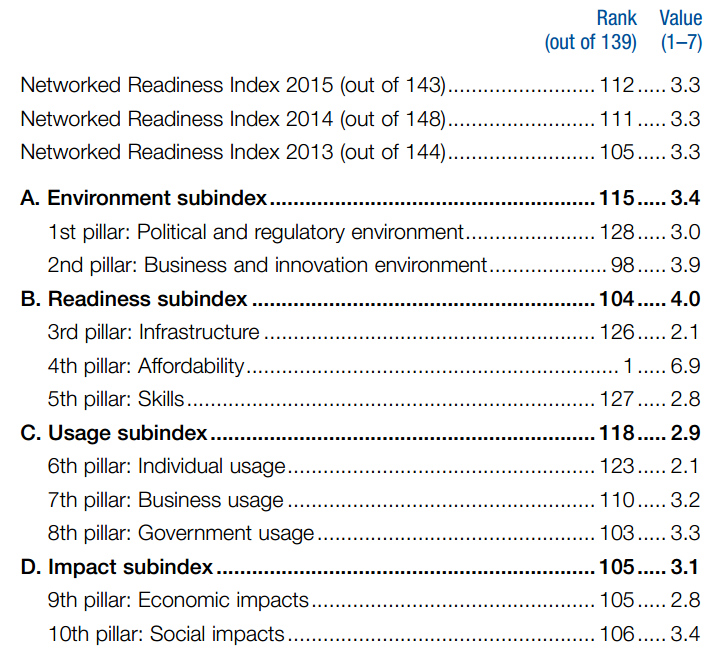 More worrisome than the ranking itself is the clear lack of progress over the last few years. Here are Pakistan’s ranking on the NRI since 2013.

Pakistan is pretty much at the same place it was 3 years ago. And that is confusing because in the last few years, there has been a lot of progress. We saw the launch of 3G and 4G, ecommerce became mainstream, smartphone sales increased with low cost options arriving in the market and broadband connectivity jumped too.

So why is this progress seemingly occurring in a vacuum? Every day we don’t solve this dilemma, we lose out. The world is at the cusp of the fourth Industrial Revolution and Pakistan is uniquely positioned to emerge as a global powerhouse, as we have discussed before. Unfortunately, it seems like the government lacks a coherent plan to meet this challenge heads on.