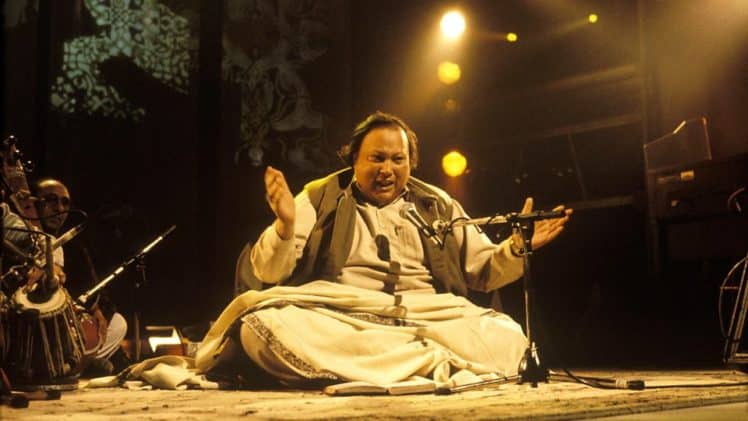 Some of you may know that today is the birth anniversary of the qawwali legend and world renowned musician Nusrat Fateh Ali Khan.

His works have been featured in several of his albums, concerts and often in movies as well. He also travelled to many different countries including United Kingdom, India, Japan and United States.

Nusrat Fateh Ali Khan has also received several accolades from various countries. In 1987 he received pride of performance award from President of Pakistan. He also received the UNESCO music prize in 1995 and the Arts and Culture Prize the same year of the Fukuoka Asian Culture Prizes, Japan. In Japan he was also known as the singing Buddha.

He died at an early age of 48 due to kidney and liver failure. To commemorate his numerous contributions to the world of music, here are 10 songs, qawwalis and hamds that were made famous by him:

Got any other favorites by Nusrat Fateh Ali Khan? Share em with your fellow readers in the comments below.