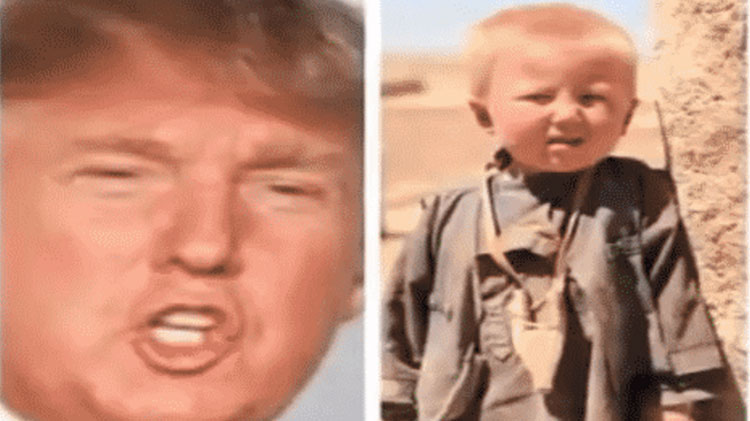 Every now and then the Pakistani media runs things which leave us completely baffled; whether they are awkward politics-related stories with Bollywood songs playing in the background or absurd content which just does not qualify as news.

Recently, Neo News reported that Donald Trump was originally born in Pakistan. They also reported that his name is Dawood Ibrahim and not Donald Trump. All of this was based on some satiric comments by a few people on social media.

According to their report, that cites some posts on social media, he was adopted by the Trump family and was taken abroad after that.

A random picture of a kid with blonde hair was shown on the television which was supposedly Donald Trump’s childhood picture.

While we understand that this report was based on people contributing to a ridiculous joke, we think such nonsense shouldn’t make it to national TV.

Social media is a jungle basically and you shouldn’t run things and only take Facebook or Twitter as a source because then absurd stuff like this makes it to national television.

Plus you never know there might be some people who don’t get that it’s a joke and actually end up believing absurd stuff. There’s plenty of things to cover and we’re sure with some effort, channels can find better content to run. 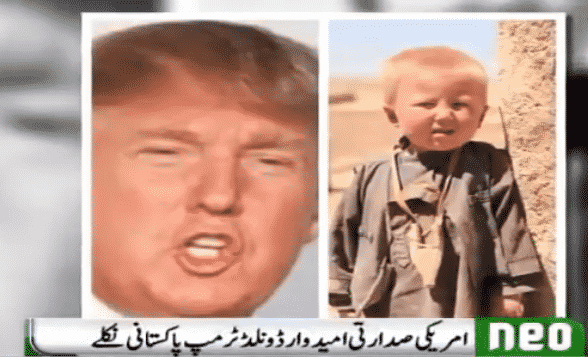 The report is good for a laugh so treat yourself:

This content has been update based on new information and feedback.