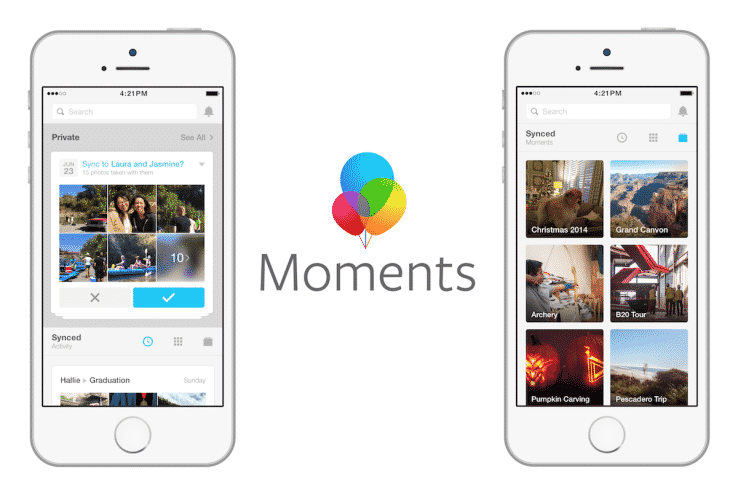 Facebook has been hard at work recently on making its secondary service more accessible and Moments is one of those centerpieces. The Photo-sharing app has been available on only mobile by now, but Facebook is slowly expanding its reach with a web-based version too.

There isn’t much functionality currently available to this version, which is not meant to complement either of its other versions at present. You can only pretty much view your stuff from the web version. This makes it limited right now.

Features such as slideshows, comments and even likes are not present as of yet. What you can do is share your own photos on an album with permission, as well as share your photos with people that you’re currently not connected to, on the app.

Earlier, Facebook had added the ability to share a Moments link with friends, that allowed you both to view your photos.

The main site has also been updated to add an option to go to Moments on the left-hand side of the feed. The web version itself acts decidedly as a promotional tool on its own, with an instantly visible link on the top to get the app through your respective store.

While not known as of yet, Moments could become quite a useful service on its own within Facebook’s circle. At that point, the desktop version could be transformed into something a bit more interactive and feature-rich but until then, the mobile version is the way to go.