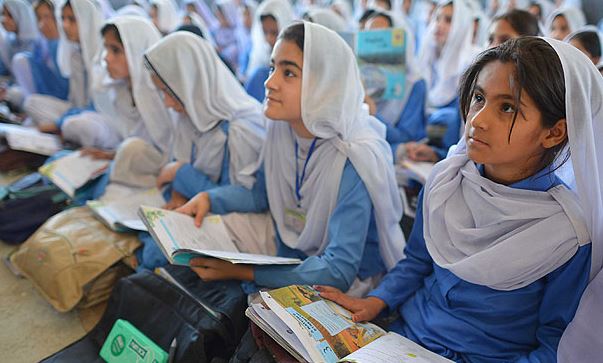 For the sake of growth of education in our Pakistan, the National Commission for Human Development (NCHD) is going to be establishing over 12,000 schools in the country.

Chairperson of NCHD, Razina Alam Khan announced this during a meeting of Senate Standing Committee of the Functional Committee on Problems of Less Developed Areas. The meeting took place at the Parliament House under the Chairmanship of Muhammad Usman Khan Kakar.

A number of Senators including Samina Abid, Dr Jehanzeb Jahaldini, Gianchand and other officials attended the meeting.

Chairman of the Committee, Usman Kakar said that NCHD has been facilitating only the developed parts of the country and has been neglecting the under-developed ones. He pointed out the fact that there were 1649 schools established in Punjab, only 200 in Balochistan, 24 in Tharparkar and 505 of them in Nawab Shah.

He believed that this discrimination, with respect to educational facilities in the less developed areas of the country, needed to be addressed urgently.

Responding to this, Chairperson Razina Alam said that 70% of these new schools are going to be established in the less developed areas of the country. A few of these areas were named, some of which included Dera Bugti, Kohlo, and Sehrani Districts.

She said while talking to the committee that the surrounding areas near the capital city had very low ratio for both, education, and the number of NCHD schools over there. She said that Karachi also fell under the category of less developed areas in Pakistan, noting that there were only 16 schools established by NCHD that were working there.

Furthermore, it was also said that NCHD was facing problems when it came to seeking teachers in Balochistan, especially female teachers for the middle class. She said that the NCHD was already providing the equipment and facilities for the promotion of special education for disabled children in the under-developed areas of the country.