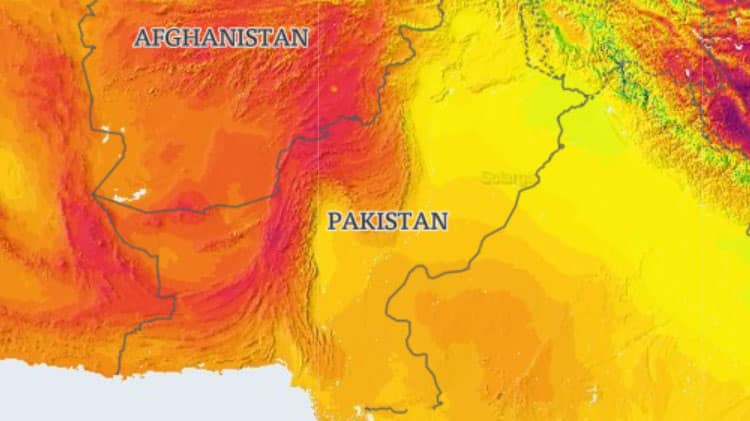 The World Bank, in partnership with the Alternative Energy Development Board (AEDB) on Tuesday launched a series of new solar maps for Pakistan in support of the efforts to increase the deployment of renewable energy in Pakistan. This will help in expanding access to sustainable and affordable sources of indigenous energy in the country.

The World Bank project on solar mapping in Pakistan included field data, which is being generated by nine solar measurement stations installed two years ago throughout the country. The project supports AEDB’s efforts to harness renewable energy in all the provinces by improving access to bankable data. The solar maps used the latest solar resource modeling techniques, based on 18 years of satellite and global atmospheric data from 1999-2016.

“These new solar maps will definitely ensure qualified improvement vis-a-vis previous studies, and will underscore the tremendous solar potential that exists across Pakistan,” said Amjad Ali Awan, Chief Executive Officer of AEDB. “For this very effort, I would like to congratulate the World Bank for their valuable contribution to our continued efforts towards scaling up of renewable energy in an affordable and sustainable manner in the country.”

The new solar maps for Pakistan were unveiled today at a workshop hosted by AEDB and the World Bank in Islamabad, which was attended by a cross section of stakeholders. In addition to presenting and discussing the new maps, participants learned about the ground-based measurement campaign, and discussed various options for continued operation of the nine solar measurement stations installed at diverse locations in Pakistan. The maps will help large solar power projects in obtaining commercial financing by reducing the resource risk.

“With the costs of solar power having decreased significantly over the past couple of years, Pakistan now has the opportunity to unleash investment in solar energy without the need for subsidies,” said Anthony Cholst, Acting Country Director for the World Bank, Pakistan. “The World Bank stands ready to support the federal and provincial governments in realizing this objective, alongside the support we are already providing for development of hydropower, sector reform, and the strengthening of the transmission grid. It is time to realize the full potential of this clean and secure source of energy.”

The solar maps, and the underlying solar data, can be accessed for free via the Global Solar Atlas, a recently-launched tool provided by the World Bank Group and covering all countries. In addition, the maps are available in digital format for use in Geographic Information System (GIS) applications and Google Earth.