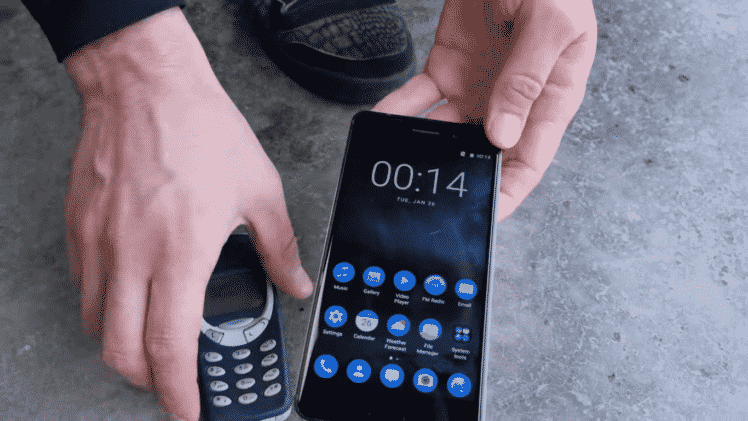 Now that the Nokia 6 is out in some parts of the world (China and most of Europe), people have been putting it to test and running it through benchmarks in every way possible.

As we all know, Nokia is known for making some very durable phones (3310 being a legend in this case) so it makes sense that people would try to put them through punishment.

The Scratch, Burn and Bend Test

Earlier we reported how the Nokia 6 passed the scratch, burn and bend test with flying colors. Tested by JerryRigEverything the phone was left with scratch marks on the back due to a metal body but was undamaged on the front.

This time we have a drop test comparing the Nokia 3310 with the new Nokia 6. The tests were conducted at waist height (around 3 ft), head height (around 5 ft), 10 ft and 50 ft. Admittedly the test is painful to watch but is worth watching either way.

Whats surprising is that the 3310’s outer shell came apart very easily even at waist height. It did hold up pretty well and continued working until the end though. Nokia 6 also impressed with its ability to take the pain but unfortunately the gorilla glass on the front shattered rather easily. The touch worked fine however.

Going higher, Nokia 3310’s screen stopped responding at around 10 ft but the LEDs and the screen lit up, showing that the phone was still alive and kicking.

The Nokia 6’s front is brittle and at 10 feet completely gave way showing the plastic underneath the capacitive buttons. It still worked as intended though. The aluminium body bent a bit on the bottom with some of it chipping off on the sides as well.

The 50 ft test was the ultimate durability test with the both the Nokia phones working until the end. The Nokia 3310’s buttons and screen stopped working but the LEDs lit up nonetheless. Nokia 6 on the other hand pushed through the brutality and lived to tell the tale but the touch stopped working.