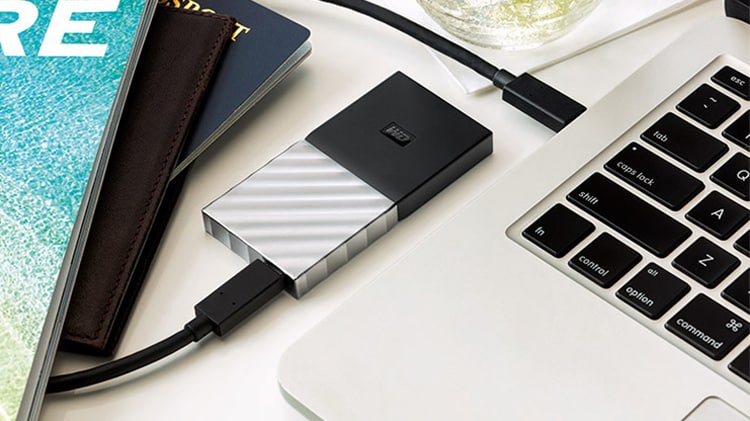 Western Digital, one of the world’s largest manufacturer of hard disk drives, has finally unveiled its first ever portable SSD and it is small enough to fit in your pocket.

Hard-Drive technology dates back decades and is one of the oldest storage methods that is still in use, unlike many other storage devices like the magnetic tape, floppy disks, etc. that went out of use with time. Solid-State Drives are poised to take over as the next big contender. Already, a lot of modern laptops come equipped with SSDs instead of traditional HDDs.

It comes with 256-bit hardware encryption, is tough enough to survive a drop from a height of 6.5ft, and promises a 515MB/s sequential read speed. Lastly, it is elegantly-designed and won’t look out of fashion beside any modern, sleek laptop you happen to have.