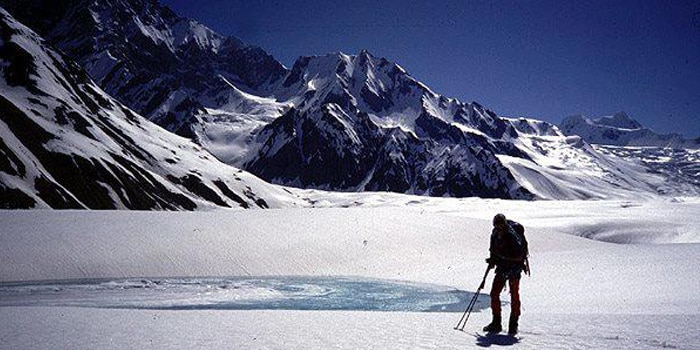 The United Nations Educational, Scientific, and Cultural Organization (UNESCO) has been asked by the Pakistan Meteorological Department in Islamabad to also cover a scientific research on glacier melting as one of the elements of its project Strategic Strengthening of Flood Warning and Management Capacity of Pakistan.

Right now Pakistan does not have any scientific data or an early warning system on the melting glaciers up north. Without this the country cannot anticipate or prevent the annual flooding that covers almost the entire country with the exception of Balochistan.

The Met Office’s Chief, Dr. Ghulam Rasul, stated that each year a huge amount of water from the melting glaciers in the north mixes with the monsoon rainwater and is collected in all the major reservoirs in the country. However, this is later wasted by being dumped into the sea.

An estimate of 30 to 40 million acres feet of rainwater is wasted by dumping it into the Arabian Sea every year in Pakistan. Hence the water problem in the city.

The Indus Basin is home to more than two hundred million people and the devastating floods are a regular occurrence in this region. However, the recent floods reached catastrophic levels and broke all historic records, becoming a very dangerous threat to humans as well as livestock, property, the already poor infrastructure, and ecology.

The point was raised by Dr. Rasul at an international workshop on Strategic Data for Reliable Models and Timely Flood Forecast.

He also stated that because the country lacks proper scientific data on the melting glaciers up north, they rely on estimations which are basically guesswork.

These estimations will help in taking pre-emptive measures when there is simultaneous meting of glaciers and monsoon rainfall. The data will also help conserve water better for various purposes.

Protecting the infrastructure and loss of human life demanded that action be taken immediately to make sure catastrophic events like these didn’t happen on a regular basis in the future. UNESCO is working with the Pakistani government to make sure that it can meet flood-related challenges in the country.