Pakistanis, and specifically the ones directly related to the field of technology, make a big deal about the freelancing community in Pakistan. And certainly, we do have something to be proud of, being home to one of the largest freelancing communities on the globe.

There are people like Abdul Wali, a former Biryani Vendor who now makes over 10 million rupees annually by teaching online, and Haris Zulfiqar, a web developer with over $10 million in earnings. Recently, a freelancing convention led to six developers from Pakistan getting hired for over $100,000. We regularly see success stories like these being featured on Pakistani news channels as well as blogs, including our own, but what we severely lack is stories about women in freelancing.

Although there are more women working in freelancing than in other professions in Pakistan, there is still a huge gender gap. There are a lot of reasons for this but a lack of talent is certainly not one of them. That’s what Anum Zulfiqar, a social entrepreneur and a freelancer from Pakistan, wants to prove. She wants more women to start freelancing and she is doing everything in her power to make that dream come true.

Born in Abbottabad, Anum got her basic education from Karachi. She later moved on to Islamabad and got her Bachelors in Software Engineering from Fatima Jinnah Women University in 2012. 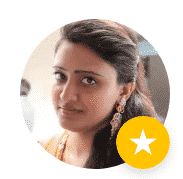 After her graduation, she returned to Abbottabad with a mission to “give back to her community”. Unlike most other graduates who were looking to get hired by a software house or some technology company, she wanted to go the other way. This is when she started to get interested in freelancing.

“I could choose my own time and type of working,” said Anum. It didn’t require any pre-requisites other than a skill — which we call a ‘gig’ in our freelancing world.”

While looking for a good online working platform, she came to know about Fiverr through her husband. Fiverr is one of the world’s largest freelancing portals that connects entrepreneurs with potential employers. Anyone can post their services and their rates and then people can reach out to them over Fiverr to avail those services.

She joined Fiverr in 2015 and soon started getting gigs on a regular basis. She managed to climb the seller levels and became a Level 2 ‘Pro League Seller’ in a matter of months. Her eye for detail and a strict focus on customer satisfaction above all else is reflected on her profile, which has a 5-star rating out of 704 reviews as of this moment.

One strange thing about her profile is the name; Aneela Syed, not Anum Zulfiqar. Anum says that her unorthodox choice of a username is due to the fact that it serves as a tribute to a friend she lost in a car accident.

Aneela Syed was the only fast friend I had in my life. She and her entire family died in a brutal car accident. She always used to remark “Anum! You will see one day, I will be famous in entire world”. Her loss shook me from within. – Anum Zulfiqar

Just recently, she crossed a major landmark by being rated as a “Top Rated Seller” on Fiverr, or a “Rockstar Fiverr” as Fiverr calls it. This is the third level you can reach as a seller on Fiverr and is done through a manual selection process performed by the Fiverr Editorial team, based on a number of criteria.

The highly coveted status means you can have 30 active gigs, 6 gig extras, VIP Customer Support, the ability to send custom offers, 20 gig multiples and much more.

“Anum is the first woman freelancer entrepreneur to become a Top Rated Seller from Pakistan.” 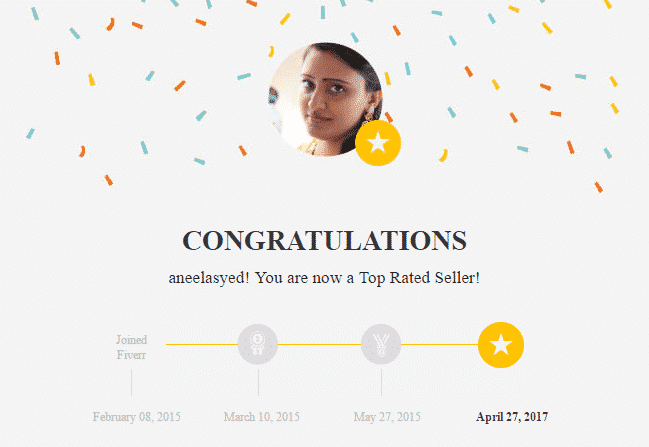 Her Top Rated Seller status has also opened up a number of new doors. Fiverr selected her for their Google Partnership Program, which will let 400 Adwords’ users connect with Fiverr’s top sellers like her and offer them help in improving their campaigns. Not only does this make her one of the first sellers to take part in Fiverr’s collaboration with Google, but it also means a higher chance of getting orders from high intent buyers.

Women entrepreneurship is definitely on the rise. Women around the world closed the gender gap by 6 percent during 2012 to 2014. According to the Global Entrepreneurship Monitor, 2016, more than 126 million women out of the 67 countries recognized by the World Bank were starting or running a business. That’s a fair lot but Pakistan still has a lot of work to do for erasing gender inequality and Anum wants to be an integral part of that initiative.

Anum has started her own IT-based social enterprise called “Connected Pakistan”. It is divided into two wings; the Connected Wing, which is responsible for revenue generation products like IT projects, media services, Incubation Centre for entrepreneurs and education and training; and the Pakistan Wing, which handles social causes such as education, employment, women empowerment, gender equality, and more. 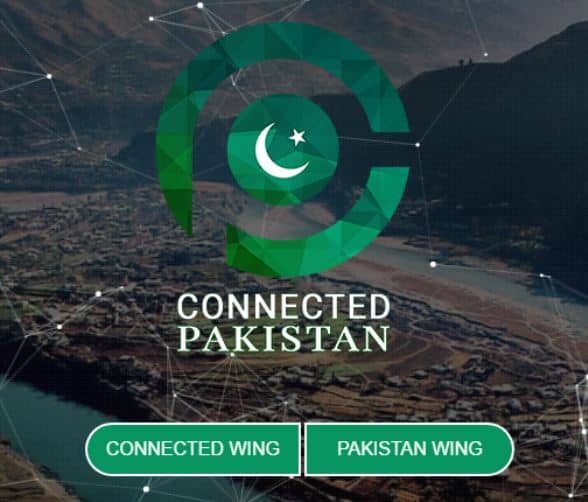 They don’t rely on donations. Instead, they use the funds generated through Connected Wing to work for the betterment of the society by the Pakistan Wing. Connected Pakistan was also chosen by Microsoft Youth Spark’s initiative – rozgar.work.

Under this initiative, both the companies carried out a drive throughout KPK, creating awareness about online earning opportunities and skill enhancement web portal of rozgar.work.

Women empowerment is a key issue in Pakistan and an important aspect of Anum’s work in the social sector. She believes that the traditional way of working doesn’t suit many females in the country and wants to give them a new option through freelancing.

“Connected Pakistan is a ray of hope and a sheer catalyst of change in plights of women in Pakistan and across all the developing nations,” she says. “It has brought the freedom for all talented women to earn and get them empowered without compromising on “chaddar and char deewari”.

Her initiative, She Can, is a free-of-cost training program offered to girls who study at Government Colleges. Currently in its third cycle, the program has trained over 100 women who are now actively working as freelancers.

When asked about the biggest challenge she faced in her journey to becoming a social entrepreneur, here is what she said,

“A pre-set mind and a lack of ability to incorporate change in our society have been one of the biggest challenges I have faced.”

Lastly, I asked her about any piece of advice she would like to give to fellow women and she said that she wants them to believe in themselves and realize their true potential. She also says that, although mainstream education should be the top priority, women should also acquire other technical skills.

“I want to urge every single woman out there to break their shells and come out of their comfort zones. Time is changing at a very rapid pace, and we have to change before change changes us.”