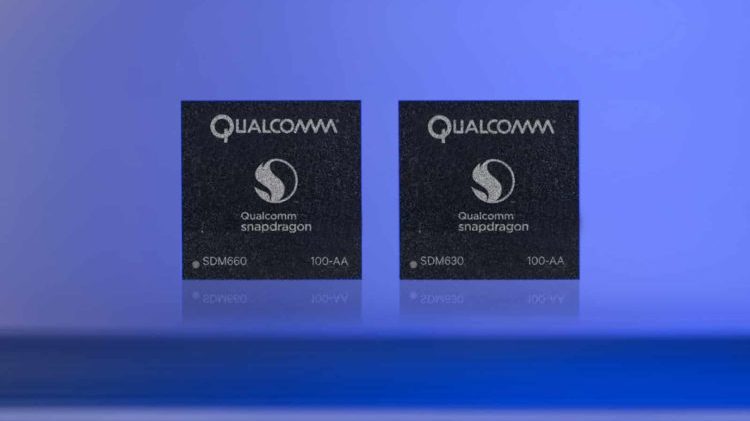 One of the biggest smartphone chipmakers in the world, Qualcomm, just announced a couple of new midrange processors.

The 8xx series, reserved for high-end or flagship smartphones. 6xx series aimed at the mid-range and high-end smartphones, 4xx for the low end and 2xx for entry level phones.

Falling in the mid-range category the new Snapdragon 630 and 660 promise noticeble upgrades compared to their predecessors. Snapdragon 630 supersedes the 626 while Snapdragon 660 follows up on the 653. The improvements are fairly marginal. The 660 improves upon the 653’s CPU by 20% and its GPU by 30%.

The Snapdragon 630 is 10% better than the 625 in terms of CPU performance and 30% better in GPU performance. This wouldn’t translate into a big difference in real world performance but you could see a slightly better FPS count for some of the games.

Both Snapdragon 630 and 660 are fabricated on a 14nm process and support 4K video playback. They also use Spectra ISP camera, released with the Snapdragon 820, promising improved camera performance and picture quality in general. The 660, in particular, will see better visual and audio processing thanks to the Hexagon 680 DSP.

Qualcomm says that these upgrades will help the phones communicate through brick or concrete walls. You can bet on better signal quality in basements with these chipsets.

The company’s proprietary Quick Charge 4.0 will be available on these chips as well allowing you to charge your phone up to 50% in just 15 minutes, according to Qualcomm. Bluetooth 5 support is also confirmed in addition to the “Snapdragon Neural Processing Engine SDK”. Developers can fiddle with neural networks and machine learning with this engine.

Since both chips support the same chip slots as their predecessors, smartphone makers will find it easy to upgrade their newer phone models. Expect to see plenty of new midrangers with these chipsets in the coming months.