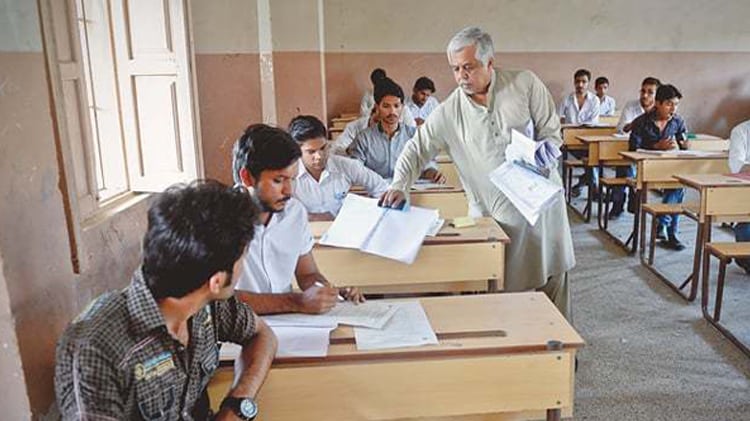 According to counter-terrorism department (CTD), new information has surfaced regarding the mysterious leak of board exam papers.

Not long ago CTD traced four WhatsApp groups which were sharing the exam papers. Today, CTD has found out that officials of the intermediate board themselves are involved with the cheating mafia.

Source claims that after CTD gathered the information, they confronted the authorities in the board who refused to accept the staff’s involvement.

Moreover, CTD has also tracked down the examination centers where the pictures of the exam papers were taken and then distributed on WhatsApp groups. Not only that, the superintendents and officials involved in carrying out this process have also been identified.

Source claims that while on the hunt to stop this process, CTD also found that at some examination centers the exams would start 15 minutes earlier – which is a violation of the rules and regulations – and within that time, the superintendents would help the children cheat.

Total number of people probed over the issue has reached 50 already. As the matter has deteriorated quickly, CTD has also asked the board officials about the security measures being taken to hold the culprits accountable.

Once CTD gets the green light from inter-board and the government, the organization will start making the arrests, according to the source.

In 2017 alone, Sindh has witnessed 15 cases where board papers have been leaked. To contain the situation, Sindh government has imposed Section 144 to curb cheating.

Furthermore, CM Murad Ali Shah took notice himself and visited the exam centers to ensure foolproof security measures as the existing ones were not sufficient.