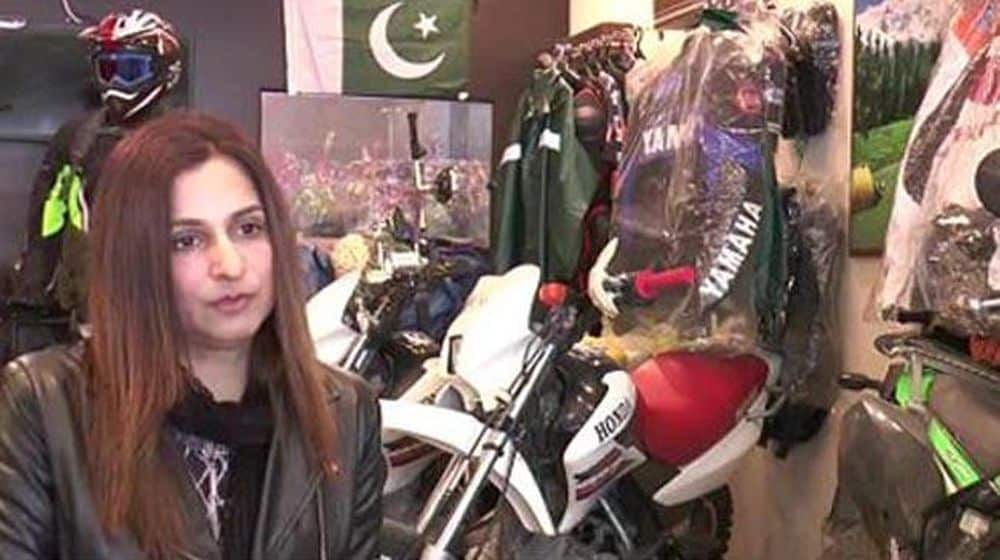 A female mountaineer from Peshawar, Uzma Yousuf, has set the bar high with her latest endeavor.

She has conquered the 7,027 meter high Spantik peak, which is located in the Spantik-Sosban Mountain range, a subrange of the famous Karakoram Range in the north of Pakistan.

Joining Uzma was her team consisting of 3 other members – Wajid Ullah Nagri, Yaseen and Hussain. The foursome started their 31 day trek with strong determination and the goal of achieving this feat.

Finally, on Wednesday, Uzma reported to the media that the team had successfully reached the peak at 9:16 AM.

Uzma was exhilarated not only with the fact that she had set a record but also that it was the month of August that she did it in. She was glad that she had carried Pakistan’s flag to the top during the month Pakistan was conceived.

The journey wasn’t all sunshine and rainbows. According to Uzma, it was quite difficult and they had to face a lot of hardships along the way. The snow was a major hindrance in their path but due to their determination and will, they kept moving forward and finally reached their goal.

“She is really a talented lady. Though she has not been trained like other mountaineers, she was undertaking meticulous preparations for this climb for several months. Her hard work has been paid back.”

This is not Uzma’s first rodeo and neither is it her first record. The 43 year old had recently climbed the 5,098 meter high Rush Peak in February this year. She was the first woman ever to do it in the winter season.

An even earlier expedition, which was her career starter, was of scaling the 6,050 meter high Mingling Sar which she had completed in the previous year in October. What’s even more remarkable is the fact that she wasn’t given any financial assistance on her previous treks and had to rely solely on herself and her husband.

Uzma’s husband was also very pleased and happy with his wife’s latest achievement. He has been supporting her morally as well as financially throughout her expeditions and is proud to have such a talented lady with him.