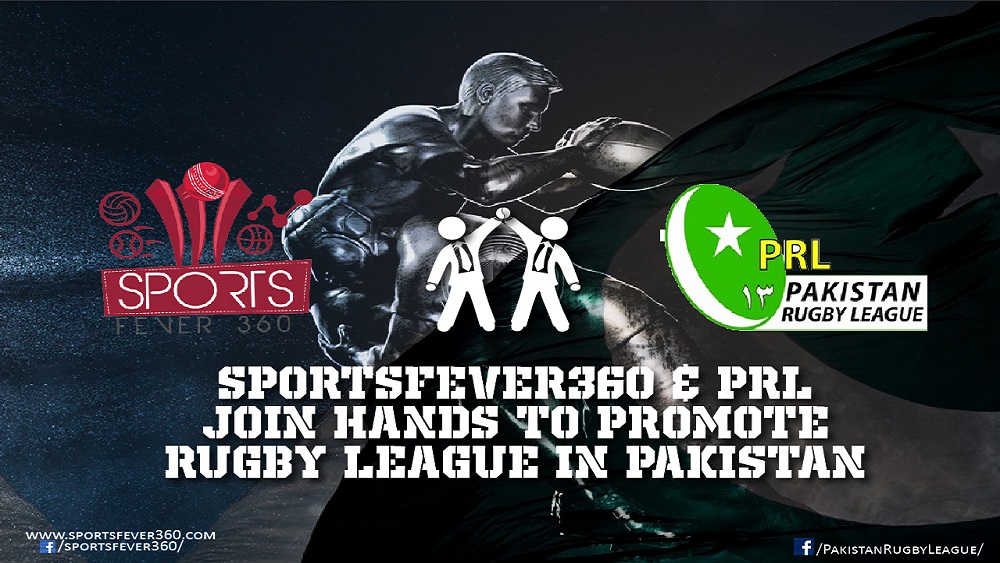 Since the beginning of 2017, Sportsfever360 has been making a lot of buzz in the sporting industry with their innovations and new ideas to make sports an attraction in Pakistan at the local, grass root level.

Starting off with cricket at various levels and than moving to futsal & football, then launching one of the best futsal playing fields in Pakistan, in the Twin cities, called Kickoff.

Sportsfever has not shied away from taking bold initiatives such as the Ludo Star League – a fun league which received a lot of traction in the digital sports market.

Guess what? Now sportsfever360 and its team has turned its attention towards another unique sport which, unfortunately, has never been able to get major attraction from sponsors in Pakistan. This sport has a huge fan following in the world but hardly gets its due attention in Pakistan. Yes you guessed it right, it’s a Rugby League.

Sportsfever360 and Pakistan Rugby league have recently signed an MOU, where they will be working together for the development of Rugby as a sport in Pakistan at various levels .

Sportsfever360 will not only help Pakistan Rugby League in organizing and marketing events but will also work hand in hand with PRL and its team to promote the sport with its extensive local and international plans for 2018–2020.

Stay tuned to have some more exciting news on this from PRL and Sportsfever360.